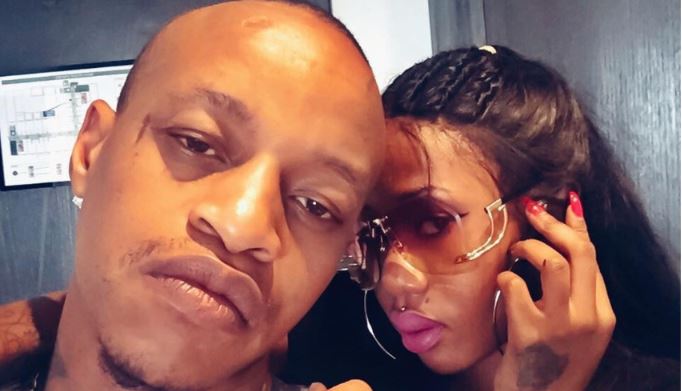 Tanzanian video vixen Amber Lulu has finally confirmed that her relationship with Kenyan rapper CMB Prezzo is no more.

In an interview with Tanzanian entertainment personality, Millard Ayo, the controversial video vixen said their one-year love affair ended because there was no true love.

Amber also denied that she was dumped by the rapper saying it was vice versa. She said she needs to focus and get work done as opposed to “trying hard” when things don’t work.

“I have not been dumped by CMB Prezzo; I left him. I’ll be lying to myself if I continued with the relationship, which is not founded on true love. I have decided to be alone so that I focus on my career,” said Lulu.

Amber Lulu has been hogging headlines for the last few months following a leaked sex tape and allegations of aborting Prezzo’s child.

A source close to Amber Lulu told Tanzanian publication, Global Publishers, that the video vixen procured an abortion after her relationship with Prezzo went sour over her alleged cheating.

“When she returned to Tanzania, she did her best to hide her baby bump. She did not want people to know that she was expectant. Furthermore, she feared losing concerts had her pregnancy news been known,” said the source.

The informant further alleged that Prezzo was kept in the dark about Amber Lulu’s pregnancy.

“When Amber got pregnant by Prezzo, she was not in good terms with him. She, therefore, decided to keep news about her pregnancy under wraps. She feared the rapper would ditch her; and that would force her to raise the child alone,” said the source.

OMG: Nakuru Man Kills Sister For Stealing Sh800 < Previous
It’s a Bouncing Baby Boy for Daddy Owen and Wife Faridah Next >
Recommended stories you may like: