You are Worse Than a Harlot, Donald Kipkorir Lays Into Miguna Miguna For Attack on Raila 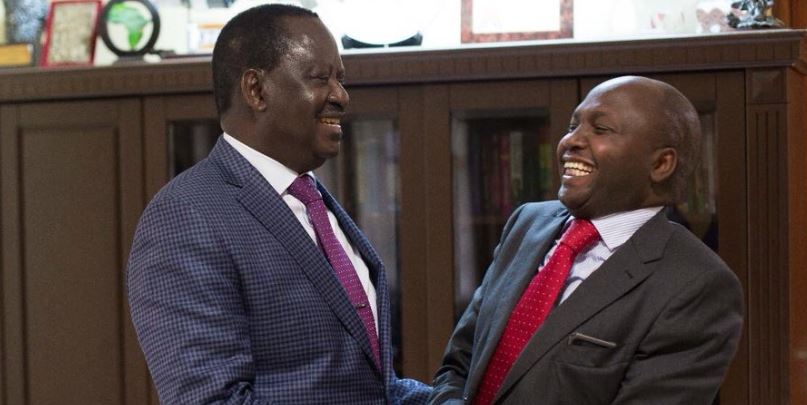 The outspoken city lawyer found himself in the line of Miguna Miguna’s fire when he met Raila Odinga on Tuesday.

According to Kipkorir, he met Baba “to thank him for what he has done and continues to do for Kenya.”

Hours after sharing pictures of their meet-up on Twitter, Miguna Miguna tore into the two, calling Raila Odinga a traitor and Kipkorir a Jubilee buccaneer. 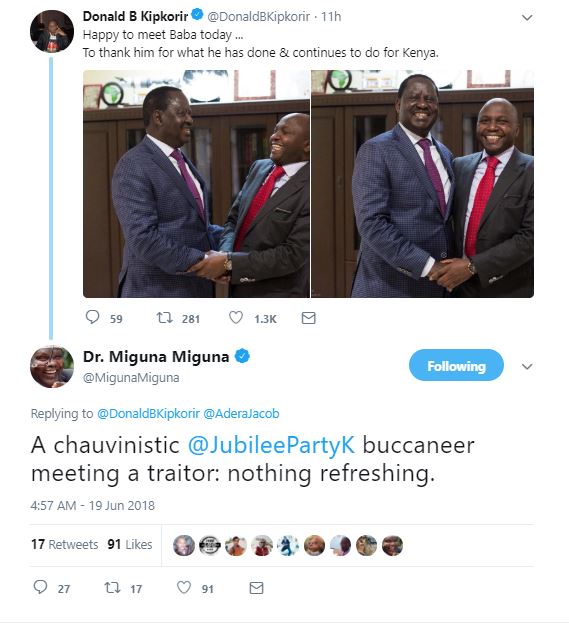 This forced the monied lawyer to respond to his learned friend in a strongly-worded open letter, describing him as worse than a prostitute.

“On my Twitter today, you accused Baba of being a traitor and me a Jubilee buccaneer. Let me answer you briefly. On Baba, you are not worthy to hold a candle to him. His sacrifices and patriotism to Kenya is unrivaled by anyone,” wrote Kikorir

He added: “The freedom space you use to abuse is courtesy of him. Your cantankerous vituperation against him are like the farts of a pig! You cant revise history. You are incapable of doing it.”

Kipkorir further distanced himself from being a member of any political party saying his only calling is law.

“My only calling is law, I have never profited from any other business other than law. I publish my thoughts and am consistent on them,” argued Kipkorir.

“When you were deported I stood for you but you are a person with no gratitude, no soul, it seems abusing others gives you a testosterone rush.”

To add insult to Miguna’s injury, Kipkorir claimed that Kenya is better without him. 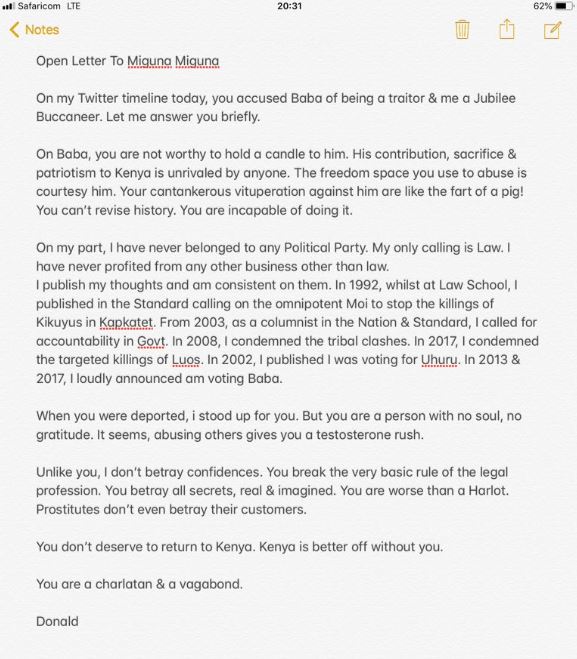 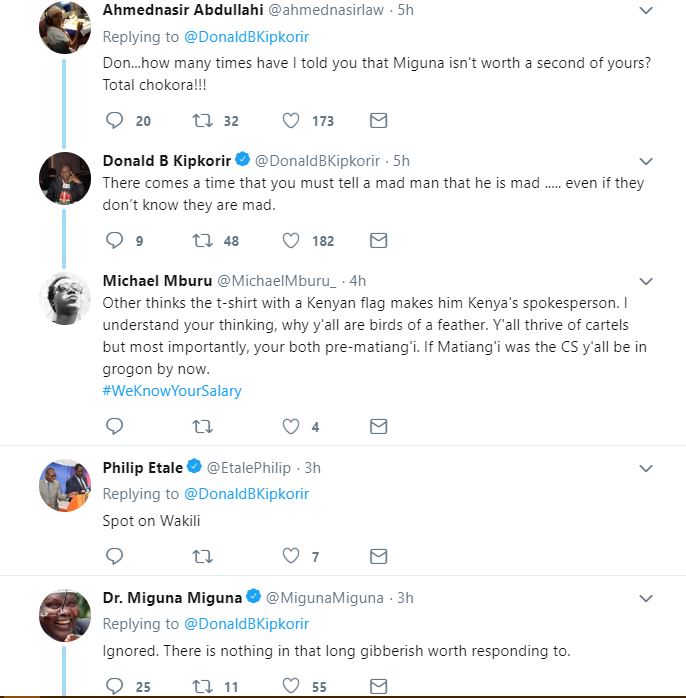