VIDEO: Man Dies After Being Pushed Out of Moving Bus Over Sh10 Fare 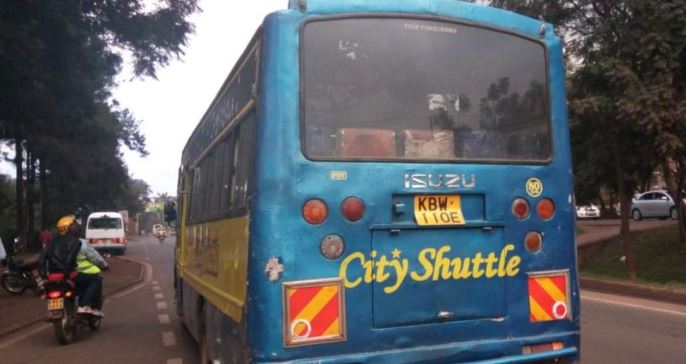 An altercation between a city commuter and a public service vehicle tout turned tragic after the conductor pushed his customer out of a moving bus over Sh10.

Reports indicate that the incident took place next to Lion Place along Waiyaki Way on Sunday.

According to witnesses, the commuter had an argument with one of the conductors after he refused to add Sh10 to what he had paid as bus fare.

One of the witnesses told the Star, “An argument later ensued between the two and the conductor who was manning the door pushed him out of the vehicle after he told him that he was a bother.”

The City Shuttle bus he was traveling in, registration no KBW 110E, ran him over, killing him instantly.

The deceased, believed to be a security guard, was on his way to work when the incident happened.

He had boarded the bus in Kangemi and was to alight at Safaricom after paying Sh20.

Police have since launched a manhunt for the tout who fled the scene after the incident.