Ngirita Family Home in Naivasha Raided For a Second Time 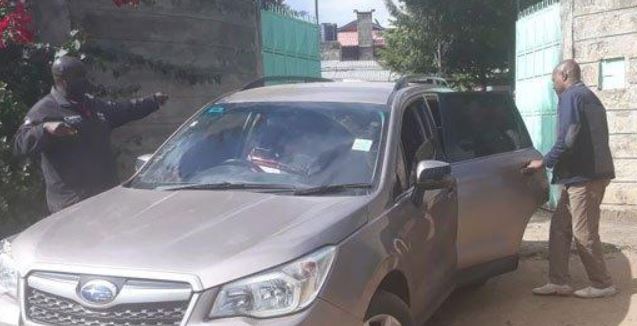 Members of the Ngirita family in Naivasha have accused authorities of harassment following a raid on their home on Sunday.

Reports indicate that heavily armed DCI officers from Nairobi and Nakuru raided the home in Lakeview around 7 pm. The sleuths, who appeared to be looking for something specific, broke into several septic tanks and sewer lines.

A relative who sought anonymity due to fear said that the officers arrived in three vehicles and broke the gate to their mother’s house before gaining access to the compound.

“There was no search warrant, we came to learn from neighbors that the officers were already in the compound and we suspect something sinister in the whole exercise,” said the relative.

The detectives are said to have left the residence in a hurry after learning that officers from a local police station had been alarmed.

A source at Naivasha police station confirmed the raid but said they were not in any way involved.

“The officers did not involve us in their operation and we are yet to know what they were looking for that late in the night,” said an officer.

Members of the Ngirita family, whose five kin are being held in prison over the NYS scandal, said that their lives were in danger over the ongoing case.