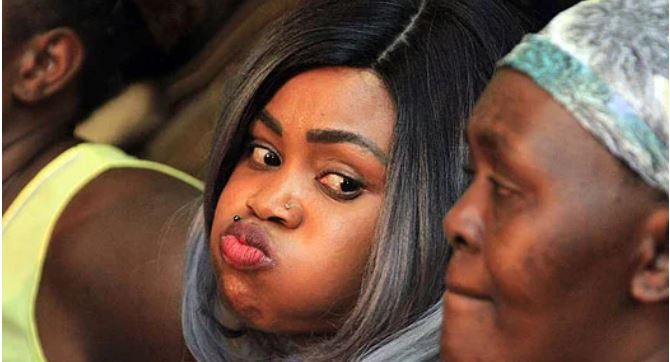 Members of the infamous Ngirita family on Wednesday pleaded with a Nairobi court to reduce their bond terms, saying that they could raise the Sh8 Million cash bail to secure their freedom.

The five members of the family, through their lawyer Cliff Ombeta, told Chief Magistrate Douglas Ogoti that the bail terms outlined by the court are too steep for one family to raise.

The High Court on Tuesday granted each of the 47 suspects in the NYS Scandal a bond of Sh5 million, cash bail of Sh1 million and a surety of Sh2 million.

Cliff Ombeta told the Court that the Ngirita family could not access their coffers as they have been frozen.

“Looking at the Ngiritas, I have four of them who are siblings plus one who is a wife so that brings them to five and each has to bring a surety of Sh2 million,” lamented Ombeta.

He added: “They also got to pay a cash bail of Sh1 million and another Sh5 million.”

“How are they going to finance their case and they have no access to their accounts? The State is also snooping in our accounts. This is not fair and you need to give us directions to this too.”

“Are those accounts going to be exhibits in court and why are they taking our client’s cars?” the lawyer further posed.

Chief Magistrate Douglas Ogoti said he could not vary the bond terms because the trial was yet to start.

He further directed the accused persons to make formal applications in a complaint in which they wanted their bank accounts unfrozen.

The Court was also forced to postpone the pre-trial hearing of the National Youth Service (NYS) scandal case for the second time after the defense claimed that it was not ready for the proceedings.

Led by lawyer Assa Nyakundi, the defense said the prosecution had not served them with original witness statements, adding that they have not had time with their clients to discuss the case they are facing.

The prosecution, who at first seemed to object to the adjournment of the pre-trial, agreed to have the matter adjourned to July 17 this month.