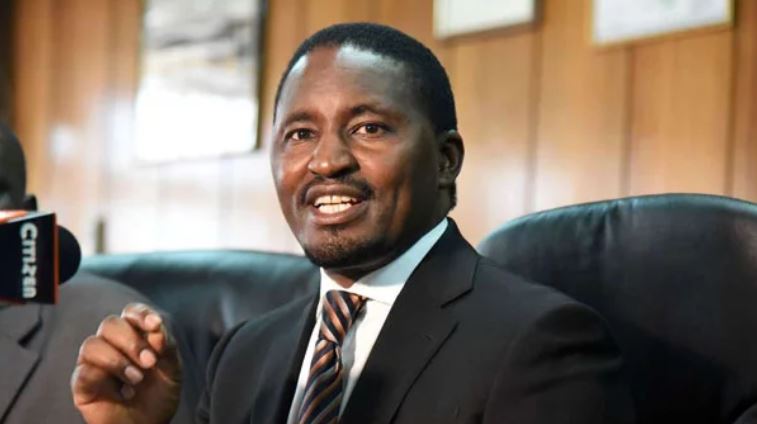 Agriculture CS Mwangi Kiunjuri has dismissed reports that Muhoho Kenyatta was involved in the importation of sugar amid a crisis over contraband.

President Uhuru’s brother was implicated in the scandal Tuesday by Aldai MP Cornelius Serem. The MP, who is allied to Deputy President William Ruto, claimed that Muhoho Kenyatta’s company, Protech Investment Limited, had imported about 180,000 metric tonnes of brown sugar into the country.

CS Kiunjuri dismissed the allegations by Serem as “unfortunate and misleading”.  He said the list he tabled in Parliament did not include Kenyatta’s family.

“I expected that the list I gave was correct. It is wrong to use one’s privileged position to malign another person or politicise the war against corruption,” he said.

“The named company did not import a single grain of sugar. For [people] to think they can gain headlines by mentioning the name of Uhuru or his family in a crude, village-like manner to intimidate us is wrong.”

Documents presented to the National Assembly indicated that Protech did not import a single kilogramme of sugar even though it is licensed to, possibly for use in the Ruiru-based Brookside dairy plant owned by the Kenyatta family.