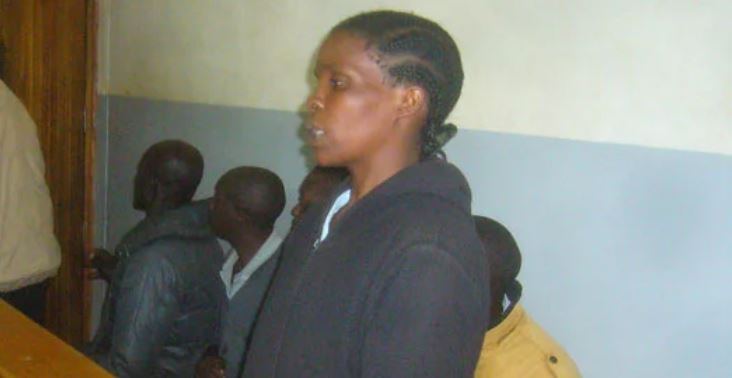 A 23-year-old woman is facing charges in Court for causing grievous harm to her husband’s private parts.

Erika Iminza Shihenda, 23, was on Thursday charged in an Eldoret court with skinning John Kisuvana Thsumala’s penis with a sharp knife. She is accused of committing the offence as her husband slept at their home in Huruma estate in Eldoret town on Tuesday night.

The complainant, a caretaker in one of the Pentecostal churches situated in Huruma estate, was awakened at 2 am by excruciating pain.

In his testimony, Kisuvana said the accused fled the scene on realising that her husband had woken up.

Appearing before Eldoret Chief Magistrate Charles Obulutsa on Thursday, the accused pleaded not guilty. She claimed that her husband maimed himself as he is mentally challenged.

Her husband is still undergoing treatment in one of the hospitals in Eldoret.

New Music Video – Kush Tracey Silences Haters With “Unadai Wanijua” < Previous
‘Don’t Be Fooled,’ Kobi Kihara Reveals the “Secret” to Her Smooth Skin Next >
Recommended stories you may like: