“We are Living Alone and in Fear After Security Withdrawal,” Sonko’s Wife Says 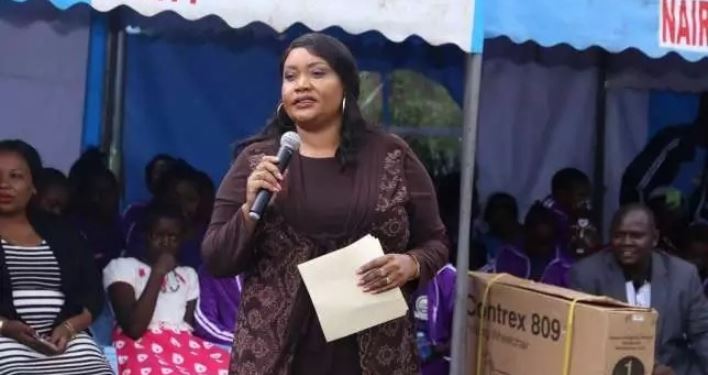 According to Primrose, the government directive has taken a toll on her family, especially on the children. During an interview on K24 on Wednesday, the Nairobi First Lady claimed that she had not seen Sonko since Friday.

“Since Friday, sijaona my husband, Nairobi Governor Mike Sonko. He has not been around in his Nairobi home because of the security, he fears for his life.”

She explained that she was living all alone with the children at their home in Nyari Estate.

“Security has been withdrawn; both for night and day. All have been taken away including his bodyguards. We are living in fear; especially the children who are not used to this kind of life,” she disclosed.

“Like now we are sleeping alone, we don’t know what will happen. We only have hopes in our God.”

The government last week reduced Sonko’s guards from 26 to five – the maximum recommended for a Governor. This has since forced Sonko to operate from the comfort of his home in Machakos County since last Wednesday.

Police spokesman Charles Owino has maintained that the governor’s security is sufficient.

“In the case of Sonko we only took what is in excess and left the maximum number of security as required. So he has sufficient security,” said Owino.

The new directive seeks to redeploy 5,000 officers who were irregularly attached to VIPs.

All The Trending Images This Thursday < Previous
City Hall Proposes Two Car-Free Days in CBD, Westlands To Ease Congestion Next >
Recommended stories you may like: