“Vera is Richer Than Some Politicians,” Otile Brown on Financing Socialite’s Lifestyle 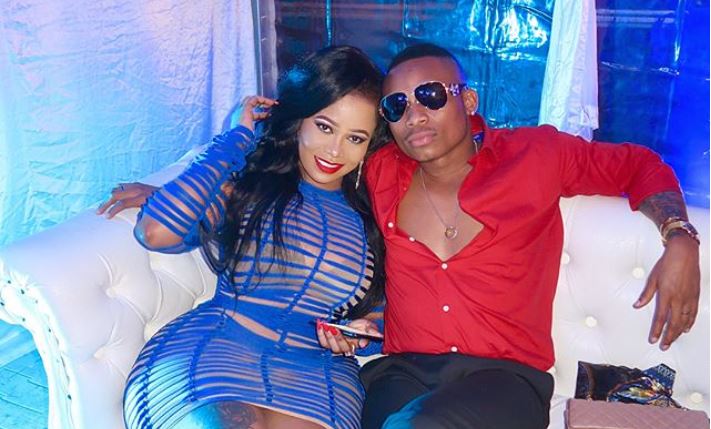 Because publicity stunts are vital for a Kenyan artiste to thrive in the industry, musician Otile Brown and socialite Vera Sidika have teamed up to sell everyone a fake relationship for their benefit.

Their brilliant PR stunt is working as evidenced by a ton of tabloid coverage and lots of social media chatter.

Just months into their ‘relationship’, Otile’s financial muscle has been questioned owing to Vera’s extravagant lifestyle. However, Otile is not one bit worried and says Vera is in love with him and not what he can offer financially.

Speaking during an interview with a local TV station, the ‘Kistaarabu’ hitmaker revealed that Vera is rich enough to provide for herself.

According to “Bad Man Shivo”, Vera could be richer than some politicians.

“Vera Sidika is a rich woman. She is, probably, doing much better (financially) than some of the politicians that I know. She has her money. I have my money. I am one of the most sought after artistes in Kenya currently.

“Despite that, Ms Sidika knows that she is getting into a relationship with a hustler. She also hustled hard to be where she is today. So, she knows that our relationship won’t be founded on luxury and such like things,” said Otile on Thursday.

On matters getting married, Otile was non-committal saying that they are still young.

“She is my lover. Of wedding plans? Not soon. We’re still young, and I believe we should enjoy life to the fullest before choosing to settle down. Currently, we are working on building a solid foundation in our relationship,” said Otile.

On his song – Chaguo La Moyo- with Sanaipei Tande being deleted from YouTube, Otile said: “I think ‘she’ is not happy with my breakthrough in music. That malicious person has used that name (Janet Kipsang) to hoodwink my fans.

“I think ‘she’ is engaging in a meaningless ploy because the song has already served its purpose, anyway; it is so big that when I take the stage, fans effortlessly sing along to it. I don’t think that ‘she’ will succeed in bringing me down.”

He hopes the song will be back on YouTube next week.

“My legal team has reached out to the said Janet Kipsang and asked her to provide original work of the disputed video. They have also written a protest note to YouTube,” he said, adding: “My video should be restored to YouTube between ten and 12 days from May 9, should the said Janet fail to give proof that I illegally uploaded her content to the videos platform.”

All The Trending Images in Nairobi This Furahiday < Previous
‘We are All to Blame For Corruption But We Must Say Enough is Enough,” President Kenyatta Next >
Recommended stories you may like: