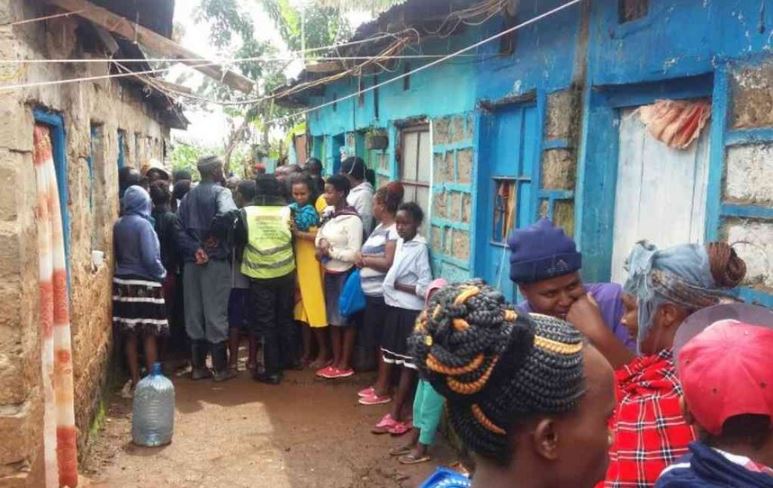 Another shocking case of domestic violence has tragically claimed the lives of a woman and her three children in Roysambu, Nairobi.

Ann Gathoni, 35, and her children were reportedly strangled to death by a man, identified only as Maina, on Monday morning. The children were aged four, eight, and 14 and were in class eight and four, with the youngest being in class two.

The suspect is said to be the father of the deceased’s fourth child, a three-year-old boy, whom he spared during the attack in Marurui.

The deceased’s bodies were discovered by a teacher who had gone to check on one of the children for missing school on Monday.

According to neighbours, the couple disagreed often and quarreled on Sunday night.

“I heard them quarreling last night. The man left but was seen early in the morning,” a neighbour said.

The children’s cousin claimed the suspect had in the past threatened to kill the woman and that he was a drunkard.

“I was with my aunt yesterday(Sunday)… everything was fine. The man was not married to my aunt,” Mary Wanjiku said.

Police have since launched investigations and moved the bodies to City Mortuary.

Zari: “The Queue of Men Waiting to Date Me is Unbelievable” < Previous
Hilarious Meme Compilation (Tuesday May 8) Next >
Recommended stories you may like: