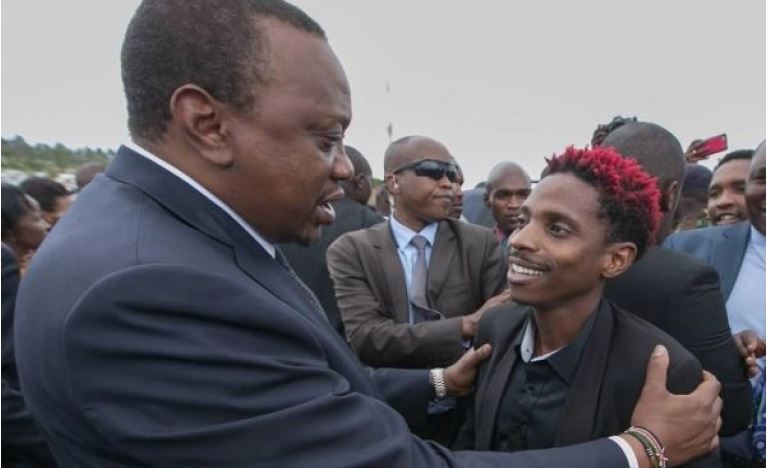 Kenya’s top comedian Eric Omondi seriously needs to eat, according to President Uhuru Kenyatta. This he said when he met the comedian on Wednesday during the Solai Memorial Service in Nakuru County.

The comedian’s slender frame has been his “trademark” over the years, and Eric Omondi, as well as his fans, have come to accept that there is nothing much he can do about it.

BuoArt once tried to help him but apparently, the results weren’t permanent.

The former Churchill Show comedian was, however, given a reminder about the need to eat by the Head of State on Wednesday. While having a feel of Omondi’s bony shoulders, President Uhuru advised him: “Kula Bwana.”

Eric shared a picture of their encounter and captioned it: “But I seriously need to eat… I met the President today and all he had to say was “Kula bwana”.

Vivian Explains Why She Decided to Unveil “Mystery” Daughter < Previous
Revealed: How Much Boss Lady Zari Earned From Nairobi Concert Next >
Recommended stories you may like: