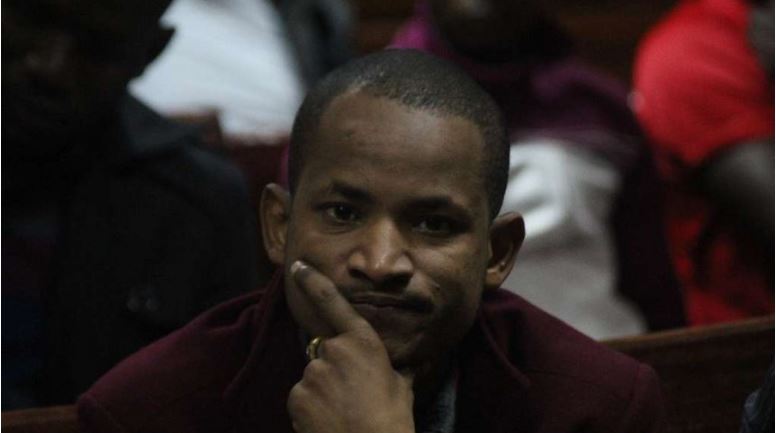 Embattled politician Paul Ongili Owino has pleaded with the Court of Appeal to overturn a High Court decision that nullified his election as Embakasi East MP.

In March, Justice Sergon held that the Embakasi East MP election was marred by violence and systemic irregularities which affected the results.

The Judge ruled that Babu’s competitor, Francis Mureithi of Jubilee Party, had proven the entire exercise was marred by violence, intimidation, and other electoral malpractices.

“Considering all the evidence tendered before me, I find that elections in Embakasi East were not free and fair.”

“The entire process was dotted with violence occasioned by the voters and supporters of Owino,” Justice Sergon stated in his ruling.

But Babu, through his lawyers James Orengo and Jackson Awele, told the appellate court that Justice Joseph Sergon disregarded the evidence which he presented in his defence.

He further argued that the irregularities cited were not substantial to affect the election result.

“I urge the court to uphold my election and reinstate me as the MP because even a scrutiny and recount of votes cast in the election did not change the results.”

He asserted that the judge ignored the relevant and binding legal standards for the evaluation of evidence in election petitions.

“In so doing, the judge ascribed excessive weight to irrelevant and weak evidence,” Babu says in his appeal case.

For his part, Francis Mureithi urged the court to dismiss the appeal saying he presented evidence to warrant a nullification.

The appeal is being heard by Justices Mohammed Warsame, Kathurima M’inoti, and Daniel Musinga.

They are expected to deliver their verdict on the matter on June 6.

PHOTO – When Four Months Pregnant Lillian Muli Went Dancing Dressed in Booty Shorts < Previous
Why NEMA Has Shut Down Kiamaiko Slaughterhouses as Traders Threaten to Sue Next >
Recommended stories you may like: