Watch: ‘Miguna Miguna’ Spotted in Nairobi and He is Still Not Boarding 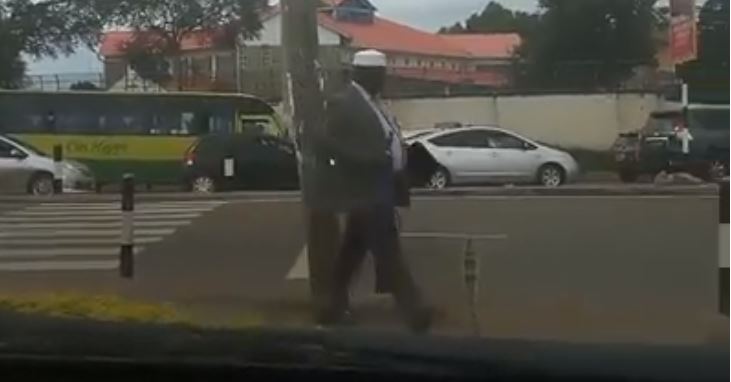 Apparently, the self-styled General of the NRM -Miguna Miguna- might be enjoying his stay in the country, contrary to popular reports.

This after a motorist in Nairobi was convinced that he had seen the embattled lawyer taking a stroll despite being rendered an Alien in his birth country.

In a video that has been widely shared on social media sites, a man bearing a striking resemblance to Miguna Miguna elicited excited reactions from Netizens.

As it turns out, the man has been spotted by some Nairobians on several occasions.

He is usually taking strolls and living up to Miguna Miguna’s reputation of not boarding.

Check him out below.

Hilarious Meme Compilation (Thursday April 19) < Previous
All The Trending Images in Nairobi This Thursday Next >
Recommended stories you may like: