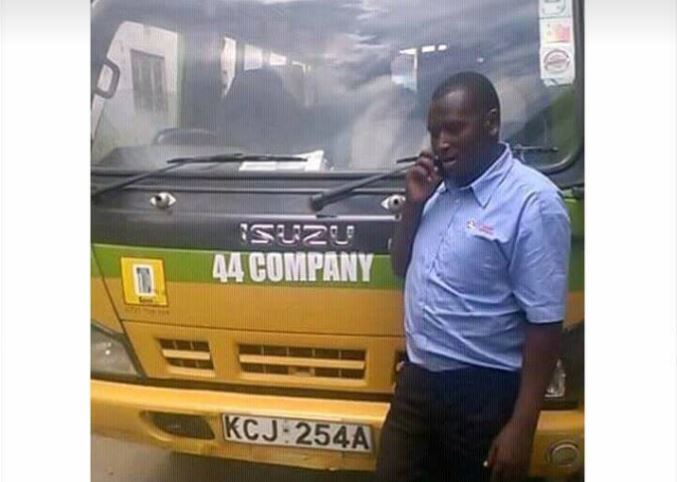 Kenyans online have been left in awe and their faith in humanity restored after a matatu driver’s heroic actions were shared on Facebook.

The driver, identified as George Kariuki and who plies the Thika Superhighway Githurai 44 route, is said to have single-handedly helped a woman deliver her baby in the bus he drives.

According to popular fundraising champion Ndungu Nyoro, the driver was left alone with the woman after the bus conductor and its passengers took off.

“Earlier today(Thursday) one of his(George Kariuki) passengers Philomena Mbithi went into labor in the bus. The conductor and other passengers, ladies included, took off.

“Perhaps with minimal options, George gathered strength, guided the helpless mother in delivery and as soon as the baby’s head popped out he rushed mother and baby Raymond to Neema Hospital along Thika Road. The two are safe and excited to be together,” wrote Nyoro.

He added that the driver said: “When the head popped I helped the lady push the baby, I told her to hold the baby, closed the door and rushed her and baby boy to Neema hospital. I also called her husband Benjamin Mbithi who was in Narok and later followed up to ensure baby and mum are okay”.

Here are some of the reactions from Kenyan netizens:

‘Oh My!’ This is What 8-Month-Old Jeff Koinange Looked Like [Photo] < Previous
VIDEO: Hot SGR Train Hostesses Show How To ‘Lamba Lolo’ [Watch] Next >
Recommended stories you may like: