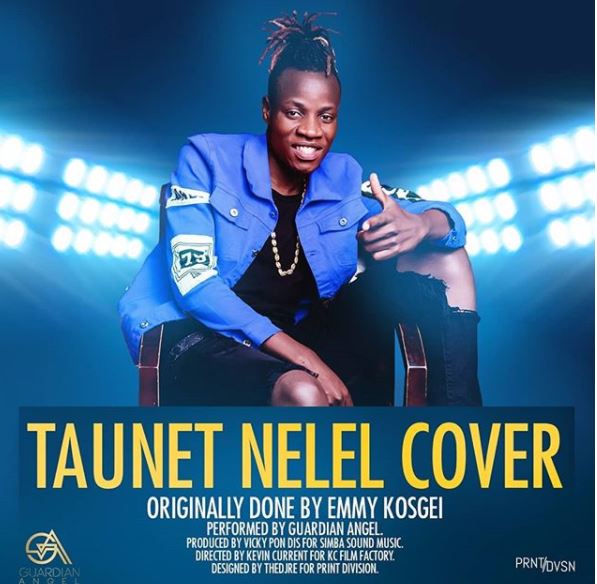 The Kalenjin hit single was released in 2009 and propelled the talented songbird to stardom. She went on to bag several awards and even danced to the song with President Uhuru Kenyatta at the Milan Expo 2015 in Italy.

While some people might have forgotten about the song, the newest gospel music sensation Guardian Angel has not. The talented hitmaker has added a creative new age twist to the song with some Dancehall aspects.

In addition to his remarkable vocals and lyricism, Guardian Angel showcases eye-catching dance moves in a video by Kevin Current (KC Film Factory).

It’s safe to say Emmy Kosgei would be proud of this. Watch below.

The Hottest Stories on the Internet Today (Friday March 2) < Previous
VIDEO: Rapper Oksyde Taps Khaligraph Jones For “Toka Teke” [Watch] Next >
Recommended stories you may like: