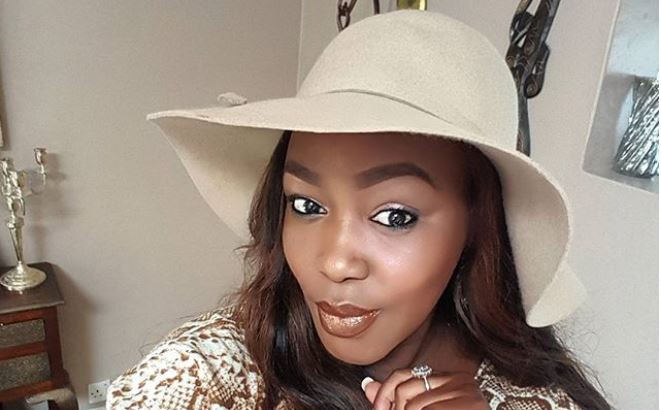 Former Citizen TV business news presenter Terryanne Chebet has once again opened up about her shocking retrenchment from the Royal Media Services station.

The celebrated media personality was given the sack on October 2016 and only returned on our screens recently as host of a continental entrepreneurship competition show- GoGettaz Entrepreneurship Contest.

While she may have had a fall back plan as a businesswoman, Terryanne says that the retrenchment hit her hard.

“When you think you are good at your job, then you face retrenchment, you start losing confidence in yourself, and that is what affects most people. It is the biggest challenge,” said Terryanne.

She added: “I had a fallback plan, I had two business plans. You know such things when they come, you want to deal with them privately, but this was too public and most people knew about it.”

According to Terryanne, people still condole her for the job loss until today.

“Until today, I walk in places and even the security guards tell me ‘Terryanne, aki pole sana. Usijali, Mungu ako na plan.’ I would get strong, then I get into the car and the tears come, but I had to look strong at that time. It has taken a long while but I have had a very strong support from some group of friends, and my family was right there for me from the beginning. It was difficult and the most emotional period I have ever gone through in my life.”

The mother of two was speaking during an interview with Ebru TV. She disclosed that she is open to a media return but on one condition; it has to be something exciting.

“I never say never, although I think things happen the way they should happen. If I did not lose my job, perhaps I would have to wait a couple of years to get another baby. It was difficult balancing family and work, though I still think everything happens in its own time.

“If I do go back into media, it has to be something that will excite me again. As a media person, you have to network, and that is what I have been doing.”