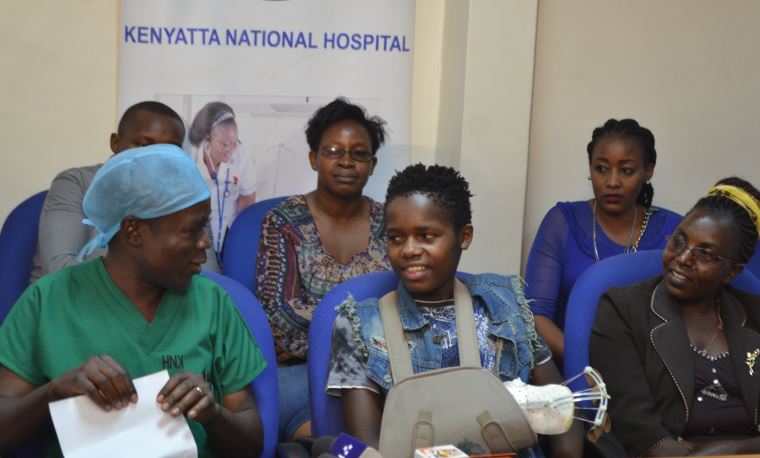 The 17-year-old man whose hand had been accidentally amputated and re-attached has been allowed to leave the Kenyatta National Hospital.

This is after specialists from the University of Nairobi and KNH who have been attending to him after the historic operation gave him a clean bill of health.

Theuri underwent a successful hand re-implantation surgery after his hand got accidentally severed by a Chaff Cutter machine on 26th January, 2018.

He has since been closely monitored by a multidisciplinary team of KNH and UoN specialists who on Tuesday reunited him with his family.

The specialists expressed their satisfaction with the tremendous progress he has made in his recovery.

“The successful medical hallmark reaffirms that Kenyatta National Hospital is a centre of excellence with professionals dedicated to offering the best specialized healthcare services in the region. Importantly this confirms that the Country has undergone medical transformation which we should be proud of, protect and support,” read a statement by KNH acting CEO Dr. Thomas Muite.

“We want to reassure the Country that KNH remains committed to offering the highest standards of care, which has been our trade mark in the region for more than 100 years.”

Theuri’s discharge comes barely a week after it was reported that he had been detained at the facility over a Sh452,000 bill.

It’s unclear if the bill has been settled but Jospeh Theuri has been reunited with his guardian Virginia Gathoni who has been raising him as her son at her home in Gachie, Kiambu County.

Theuri, a Standard Seven drop-out, lost his parents early in life. His mother died when he was just three months old.

His hand is expected to regain full functionality by the end of the year. 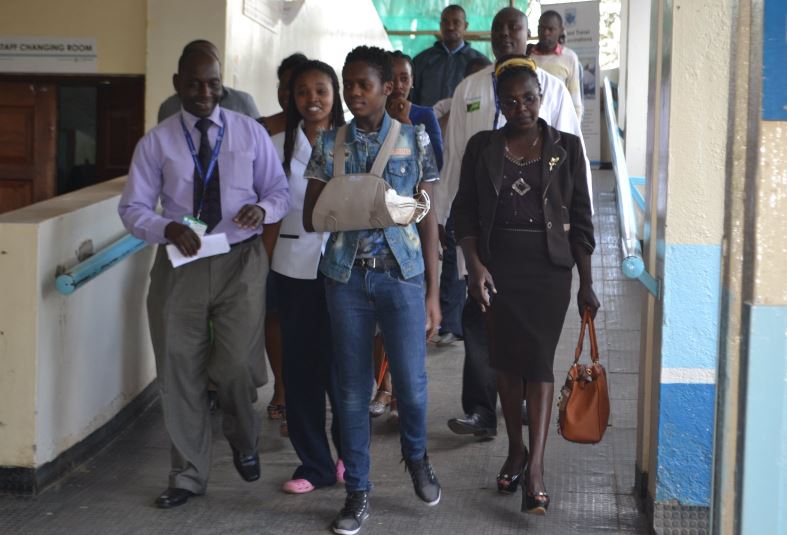 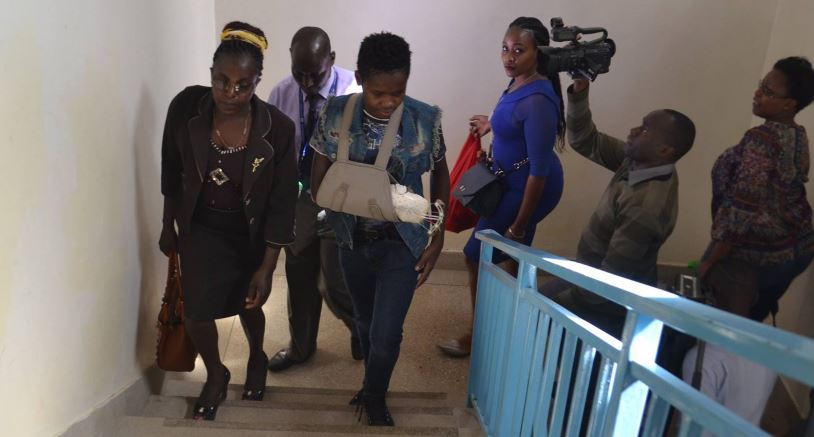 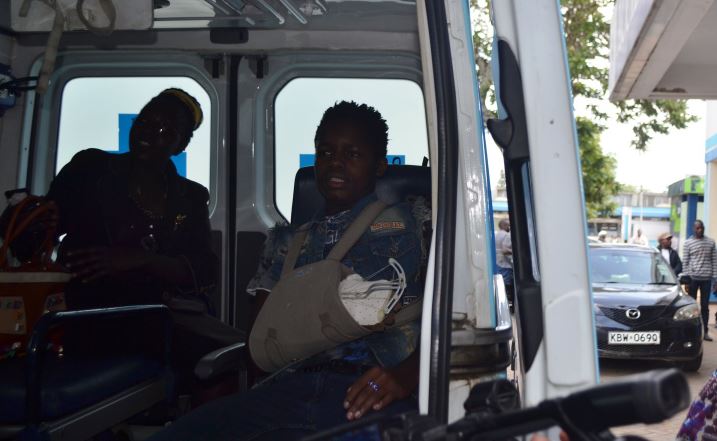