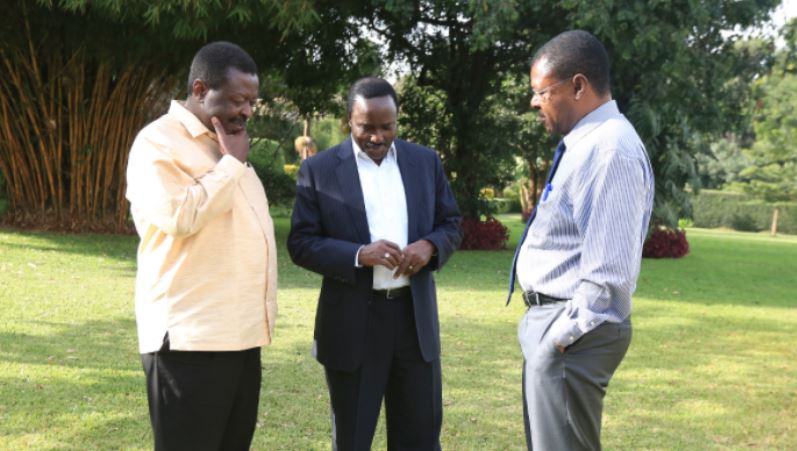 Wiper Party leader Kalonzo Musyoka has intimated that he is open to a meeting with President Uhuru Kenyatta.

Speaking after a meeting with Ukambani Church leaders at the African Brotherhood church headquarters in Machakos on Wednesday, Kalonzo said that together with his two other NASA co-principals, Musalia Mudavadi and Moses Wetangula, they are seeking to meet the President.

Kalonzo noted that no peace-loving leader would oppose constructive dialogue aimed at providing solutions to problems afflicting the country.

While supporting Raila Odinga’s meeting with President Kenyatta last week, Musyoka said they can work together with the government and still remain as one party.

“The intention is that NASA will stay as NASA, you can be in opposition and work because this is one country, lakini tumekubali… If our captain ametupa kofia pale, facts speak for themselves,” he added.

The former VP also noted that he was the one who insisted on dialogue after he came back from Germany only for Odinga to beat him to meeting with the president.

He said a motion in parliament to endorse the dialogue held between President Kenyatta and Raila Odinga should have waited until next week when other parties in the Nasa coalition will meet and deliberate on the meeting.

Musyoka, however, advised Members of Parliament from his party to pass the motion for an all-inclusive dialogue.

He said a meeting of the Akamba community to chart the political direction of the community will be held on Easter Monday at Komarock grounds in Machakos County.

Uber “Looking Forward” To Food Delivery Services in Nairobi < Previous
The Hottest Stories on the Internet Today (Friday March 16) Next >
Recommended stories you may like: