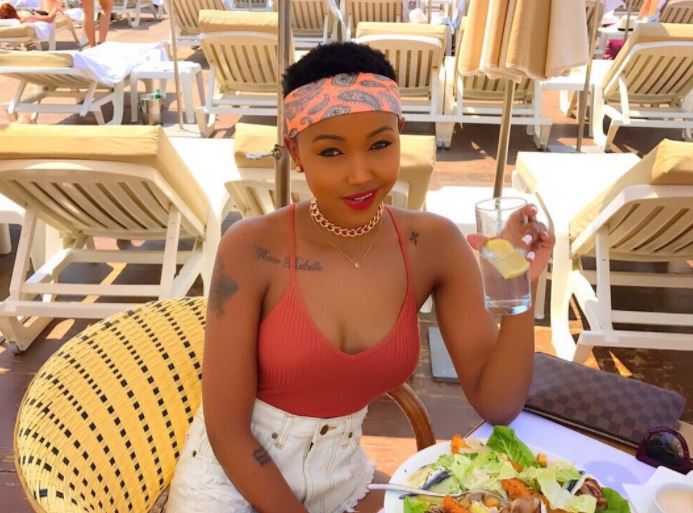 Believe it or not, but Huddah Monroe hasn’t had “some” this year, or at least that’s what she wants the masses to believe.

The petite eye-candy, who is considered one of Kenya’s sex symbols, has not been living up to her controversial reputation for three months.

This means the last time Huddah did what comes naturally was last year which further suggests celibacy might have been one of Huddah’s resolutions this year.

The nude model turned entrepreneur made the startling revelation on Snapchat, her go-to social platform since she inexplicably deleted her Instagram pictures.

The social media bombshell intimated that it has not been easy because of “some hawt niggas” on the site.

Huddah further revealed that she hopes to clock at least half a year before she can get it again and urged her followers to join the challenge. 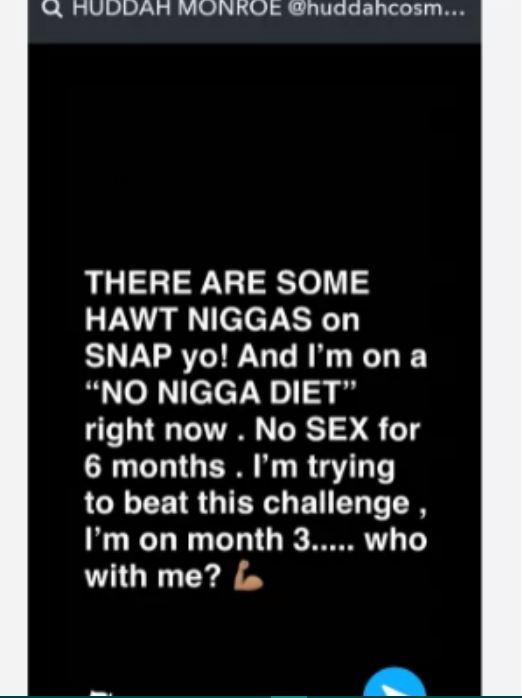 Kubwaaa!! Sultan Wa Pwani Taps King Kaka for New Hit “Sina” [Watch] < Previous
Rick Ross Is Coming to Perform in Nairobi Next Month Next >
Recommended stories you may like: