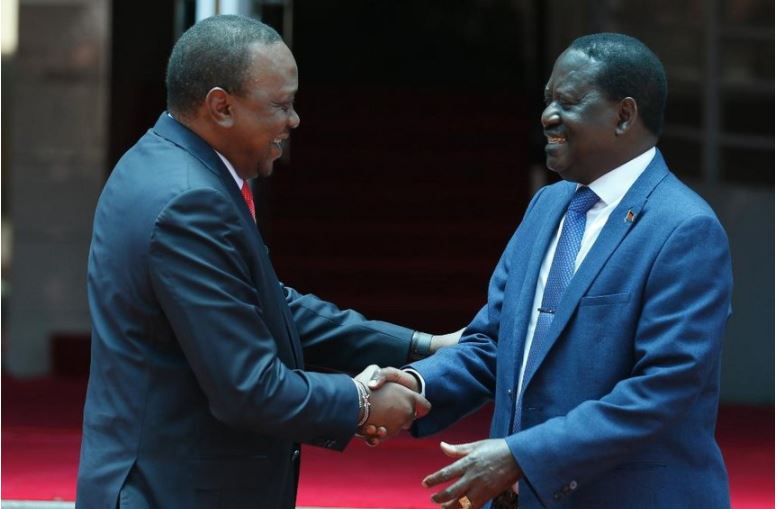 Some of us probably thought we would never live to see the day, but we finally did last Friday, March 9th to be precise as President Uhuru Kenyatta and Opposition leader Raila Odinga cast aside their political and ideological differences for the common good of the country.

In doing so, the scions of the founding fathers of the nation, the late president Jomo Kenyatta and the first vice president the late Jaramogi Oginga Odinga, marked an end to months of political tension and further division of the country along tribal lines.

While largely commendable, the handshake between the two leaders has cast some questions about Kenya’s political future, particularly on the ongoing formation of Nasa’s People’s Assembly.

Days after the signed memorandum, Nasa has suspended the People’s Assembly process. In a statement yesterday, Nasa strategist David Ndii commended the two leaders but noted that; “It is not a NASA-Jubilee government engagement.”

“It is not about power-sharing and it is not about 2022 elections. It is not a done deal. It is a statement of intent. For the avoidance of doubt, no negotiations on any issue has taken place.”

Ndii, who is the People’s Assembly steering committee chairman further stated that the coalition will not hesitate to resume the process should the deal between the leaders be breached. 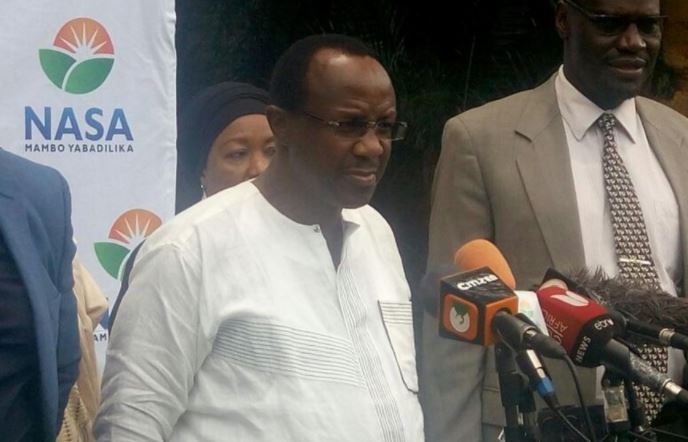 STATEMENT OF THE PEOPLES ASSEMBLY ORGANIZING COMMITTEE ON THE MEMORANDUM SIGNED BY H.E. UHURU KENYATTA AND H.E. RAILA ODINGA

The purpose of this statement is to provide an update on the People’s Assembly process and roadmap in the light of the historic memorandum signed by the H.E Raila Amolo Odinga and H.E Uhuru Kenyatta on Friday 9th March, 2018.

We take this opportunity to commend the two leaders for putting Kenya first. We are 100 percent behind them. We urge our supporters to rally behind this initiative.

We wish to make a number of observations regarding the memorandum to clear the air on misunderstandings that we have already noted in the public debate.

The memorandum is an initiative of the two leaders in their individual capacities. In the memorandum, they describe themselves not as presidents or leaders of political formations which they are, but as friends and compatriots. The two leaders have acknowledged the historical origins of our current crisis and the many opportunities over the years that leaders have missed to right the ship. They recognize that they too have a historic opportunity to set the country on the right course, and they do not want to be remembered as another generation of leaders that did not rise to the occasion.

We also wish to underline that the memorandum acknowledges that the nature of the crisis we are in is political, and that the dysfunction we see in the State is societal. It is the first time in our history that leadership at the highest level has acknowledged that we have a problem called tribalism. They have acknowledged that institutions and infrastructure do not make a nation. A nation is a shared sense of belonging.
This is the glue that hold diverse people together, enables them to overcome adversities, and achieve great things. They have acknowledged that this glue is weak, the result of which is “deterioration of relationships between ethnic communities and political formations.” It is of course the case that our political formations are themselves ethnic formations.

We must commend and congratulate the two leaders for this meeting of minds. Acknowledging a problem is the first step towards solving it.

China Achebe bequeathed us the timeless African wisdom that ‘a man who does not know where the rain started beating him cannot say where he dried his body.” This initiative is about retracing our steps to where the rain started beating us. This we can only do as a people. Not as the state, not as government, not as social and economic interest groups but as communities— as Abagusii, Abaluhya, Luo, Kambas, Kikuyu, Maa, Mijikenda, Makonde, Somali, Waswahili, Turkana and every other community that inhabits this land.

The two leaders have asked us to give them an opportunity to spearhead this process. We have accepted. We acknowledge that it is better to reason together than separately. As another piece of African wisdom tells us, one fingernail cannot kill a louse. We are therefore in this spirit suspending the People’s Assembly process.

But this support is not a carte blanche, neither is it unconditional.

It has been used to skew public resource allocation and opportunities to particular communities and regions so that they can in turn protect those in power. Tribalism is an unholy alliance between communities and their leaders to further the interests of the latter at the expense of other Kenyans. In a nutshell, it is the continuation of the divide and rule strategy of the colonial era.

We have impressed upon the leaders that we cannot afford sacred cows, and “no go areas” and “raw nerves”. A decade into our new constitutional dispensation we continue to tiptoe around historical injustices. As we speak, public land is being enclosed, and tenderpreneurs are bankrupting the country.

We have been assured that this initiative will be about the people, will involve the people, and will be validated and owned by the people. But we are alive to the painful history of political betrayal. We know that once crisis subside, leaders can get comfortable and allow the issues of the people to fade into the background. That’s how we have ended up where we are.

It is our duty as citizens to hold these leaders’ feet to the fire and ensure that this does not happen again. We are remaining vigilant and we urge all Kenyans across the political divide to join hands so that we do this together.