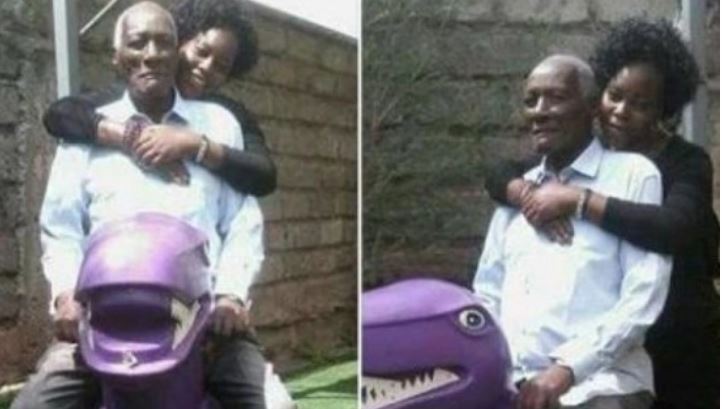 The wife of veteran politician and Uasin Gishu tycoon Jackson Kibor has moved to Court over defamation against the Standard newspaper.

Eunita Kibor, Jackson Kibor’s fourth wife, has sued the local daily saying it referred to her as a gold digger.

She has filed the suit at the Eldoret Magistrate’s Court, seeking an apology and compensation for a story published on October 15, 2017, and titled “The gripping Jackson Kibor-Yunita drama series continues.”

Eunita accuses the Standard and writer Njoki Kaigai of “jointly, falsely and maliciously” printing and publishing an article that portrayed her as a materialistic woman taking advantage of her old, rich husband’s wealth.

In the suit filed on February 28, Eunita cites part of the article as stating: “I hope Yunita has accepted the fact that she will always be seen as the young gold digger wife whose singular achievement will have been taking advantage of an elder to earn a lifetime meal ticket.”

Through lawyer Waziri Omollo, Eunita notes that the publication stated her children were born out of an illegitimate relationship.

She explains that she and Kibor got engaged and then married after meeting in Chepkoilel area near Eldoret.

Eunita further notes the “false and malicious” publication has been distributed to millions of people across the world, tainting her image adversely.

The media house and Kaigai are also accused of deliberately using abusive language, failing to verify the information and intentionally taking an action that has ruined her business.

“Whereas the defendants have the right to express their opinions, they ought to have respect for the plaintiff’s rights and reputation…” the application states.

Eunita wants the court to issue a permanent injunction barring the media house from publishing any defamatory information about her.

A hearing date is yet to be set.

Eunita Kibor traditionally married the former KANU Chairman in 2002. The woman in her 40s and the 86-year-old have five children.

Hilarious: Luo Guy Reveals ‘The Price of One Kikuyu Girl’ After Eventful ‘Ruracio’ in Murang’a < Previous
Full Statement: People’s Assembly Suspended After Uhuru-Raila Handshake Next >
Recommended stories you may like: