Babu Owino: “I Have Found Moses Kuria Drunk in a Bar and Taken Him Home” [VIDEO] 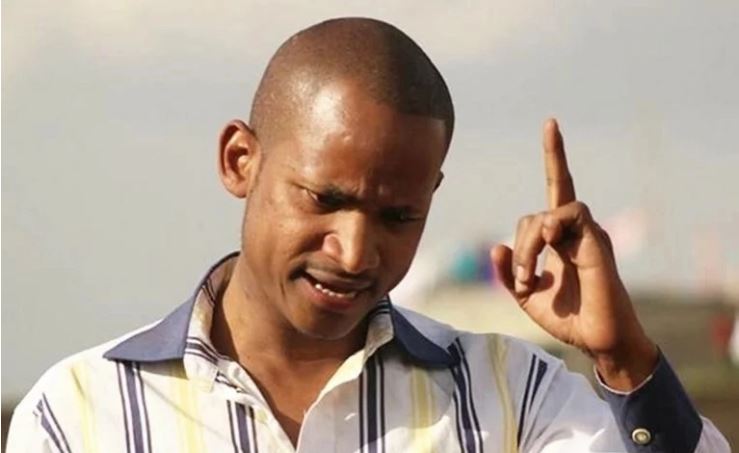 Embattled Embakasi East Parliamentary aspirant Paul Ongili aka Babu Owino has revealed that Moses Kuria is a close friend contrary to what a majority of Kenyans think.

According to Babu, who lost his seat in a petition on Friday, March 2, he has on several occasions come to the rescue of the Gatundu South MP.

At times I find Kuria in a bar very drank and asleep. I am the one who carries him and takes him to his house in Westlands. If I am lying let him deny it in public,” said Babu.

He was speaking during an interview with NASA TV on Monday.

Babu, who was commenting on the viral Kikuyu song that was released after a truck carrying charcoal from Kitui County was torched, called on Kenyans to stop hatred and love one another regardless of their tribal or political affiliations.

“We as politicians don’t hate each other that much. After arguing in Parliament, when we come out we still shake hands, talk and laugh. The problem with us is we inflict negative ethnicity in the minds of our people so that people can fight. It shouldn’t be like that,” he said.

The former student leader also talked about his recent loss against his opponent Francis Mureithi saying the Jubilee politician is a puppet being manipulated. He promised to continue working for his constituents with diligence.

Speaking about Jimmy Wanjigi’s push and pull with the government, Babu said the Nasa bankroller is being targetted for his diligent fight against corruption.

“All that he is going through is an occupational hazard.”

Babu also talked about Interior CS Dr Fred Matiang’i, revealing that the no-nonsense minister was given the sack at UoN for being incompetent.

“In a class of 120 students, only 6 passed. The rest failed. When the Vice-Chancellor saw that, he had to send Matiang’i away”, said Babu.

Kenyan Couple Found Dead in Apparent Murder-Suicide in Jersey City < Previous
The Hottest Stories on the Internet Today (Thursday March 8) Next >
Recommended stories you may like: