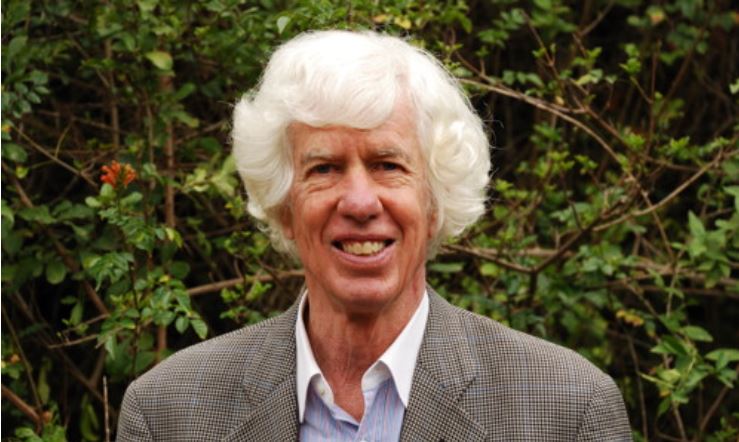 One of the world’s leading ivory trade investigators, Esmond Bradley Martin, has been killed in Nairobi.

The 75-year-old, who has been crucial to the fight against the illegal trade in ivory and rhino horn, was found in his home in Karen, Nairobi with a stab wound to the neck on Sunday.

The former UN special envoy for rhino conservation, who had recently returned from a research trip to Burma, was found dead by his wife.

His wife, Chryssee Martin, said she found her husband’s lifeless body after coming from a nature walk at around 4 pm.

Police, who are investigating the death, suspect it was a botched robbery.

Nairobi DCI boss Ireri Kamwende said they have already questioned a gardener and a cook who are employed at the home.

It is believed the world-renowned conservationist was alone in the house when the incident occurred.

He was said to have been working on a new expose on trafficking in ivory and rhino horns.

Esmond, an American geographer, had been traveling all over the world with his wife and colleagues on a mission to identify ivory and rhino markets, the traffickers, and the modern-day uses.

Elephant expert and CEO of Wildlife Direct Dr. Paula Kahumbu tweeted: “It is with deep shock & horror that we learn this morning of the death of long time conservationist, Esmond Bradley Martin, whom police say died in suspicious circumstances at his home in Karen, Nairobi. Esmond led investigations into ivory & rhino horn trafficking.

“Esmond was at the forefront of exposing the scale of ivory markets in USA, Congo, Nigeria, Angola, China, Hong Kong, Vietnam, Laos and recently Myanmar. He always collaborated with Save the Elephants and worked with many of us generously sharing his findings & views.

“Esmond was a global authority on ivory and rhino horn trafficking. We send our deepest condolences to his wife. RIP Esmond, pachyderms have lost a great champion.”

All The Trending Images in Nairobi This Tuesday < Previous
VIDEO: Babu Owino Wants Position in Raila’s Cabinet, Vows to Arrest CS Matiang’i Next >
Recommended stories you may like: