Cattle Caught Roaming in Nairobi City to Be Auctioned, Herders to Be Arrested 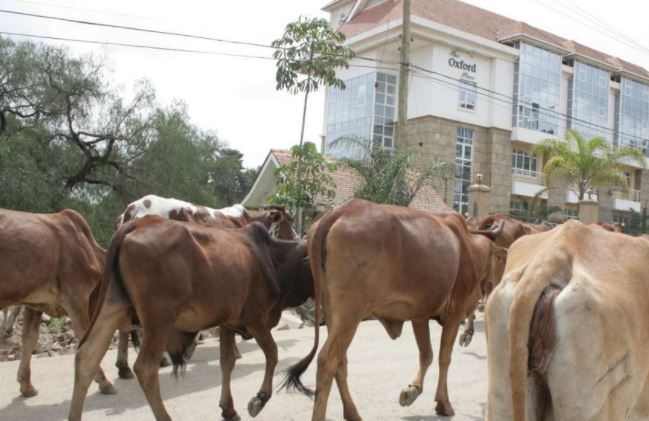 Efforts by Sonko’s government to clean up the Capital City Nairobi have now turned to herders and their cattle. The Nairobi county government has warned that animals caught roaming the city will be impounded and auctioned.

He said the cows will be impounded and driven to Dagoretti holding grounds if the herders will not comply with stipulated laws.

Makori added that herders will be arrested and charged in accordance with city laws.

“Many residents are upset with these cows freely roaming in the city and estates. They are invading on peoples private property and the herders have become so rowdy.”

The CEC said the herders have on various occasions attacked city inspectorate officers.

“We have been forced to seek protection of Administration Police officers so that we can enforce some of the laws,” he said.

“We have tried our best to ensure the herders comply but our efforts have been futile so all we have to do is impound and arrest them so that they can realise we mean business.”

Makori added that the county has started the demolition of holding bomas in Embakasi and Westlands.