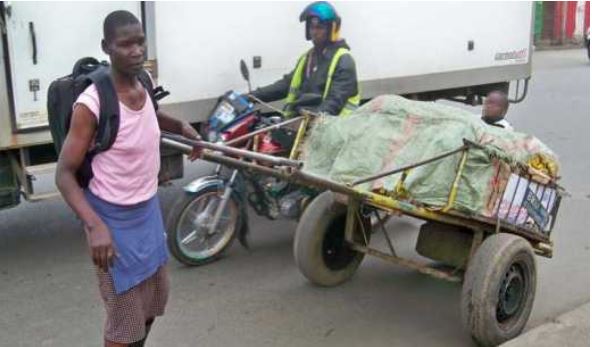 We highlighted her story last December and since then, Hellen Nyongesa has been the talk of the town these past few weeks.

Ms Nyongesa has become a common sighting in Nairobi, attracting curious eyes and admiration for her work. The 35-year-old pulls a handcart(Mkokoteni) full of ripe bananas daily from Nairobi’s Shauri Moyo estate where she lives and hawks them around Agro House in the city centre. This she does with her young daughter delicately perched on the back of the cart.

“I was born in Kakamega. My father had three wives with my mother being the second wife. I dropped out of school in Form Four due to lack of school fees after his death,” she told The Nairobian.

Nyongesa first came to Nairobi around 2005 courtesy of a villager who took her as a house help. But the employer became rogue forcing her to return to the village and get married.

The marriage resulted in three girls the eldest being in Class Seven, while the youngest is aged three years.

In 2009, Hellen and her husband relocated to Nairobi for greener pastures and settled in Kawangware where her husband worked at a mjengo.

In 2016, her husband was tragically knocked down by a speeding car along Waiyaki Way and died.

Their daughter was months old and “no one came to my rescue because my husband was an orphan. With time, life became hard. I was thrown out of the house,” she told the local daily. 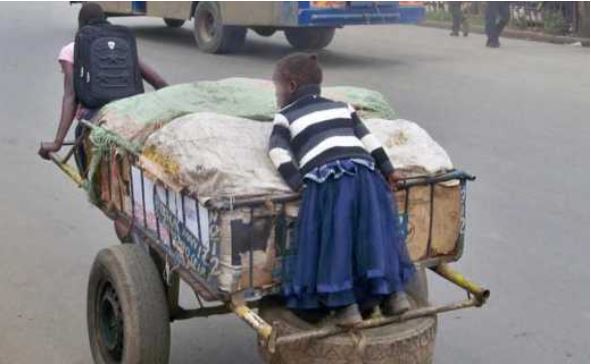 She added that she was forced to send her two other children back to the village and started living on the streets and around Gikomba market.

It is here that Nyongesa would attend church as an ardent SDA member and shared her problems with elders who chipped in to feed her and the daughter.

The following day, she reportedly woke up early and went to Wakulima Market where she approached a Tanzanian fruit seller who gave her some bunches to hawk.

“The woman gave me two small sacks of fruits. I headed to the city centre, luckily a woman saw them and bought all at Sh100. I went back and met the same woman who gave me another bunch, again a man saw how tired I was and bought them for Sh1,000,” she said.

From here, Nyongesa started hawking fruits in a bucket within the city, then graduated to a large basin as her customers increased. This forced her to buy a wheelbarrow and focused solely on selling bananas.

In the four months she hawked bananas in a wheelbarrow, Hellen claimed she was assaulted by Kanjo askaris and all her belongings confiscated.

She added that at some point, she was kicked in the chest while lying on the ground.

Ms Nyongesa then upgraded to a ‘mkokoteni’ which she bought for Sh10,000. She now supplies ripe bananas worth Sh15, 000 daily. 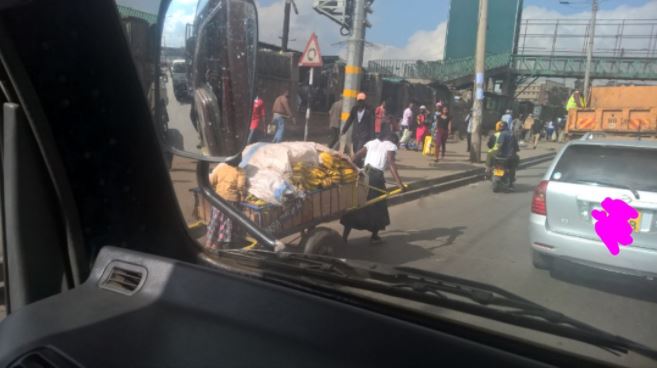 “I Was Forced to Slaughter and Cook Snakes..” Former Saudi Arabia Domestic Worker < Previous
The Hottest Stories on the Internet Today (Tuesday January 16) Next >
Recommended stories you may like: