All You Need To Know About Latest Kenyan Export to Hollywood, Michelle Mbaya 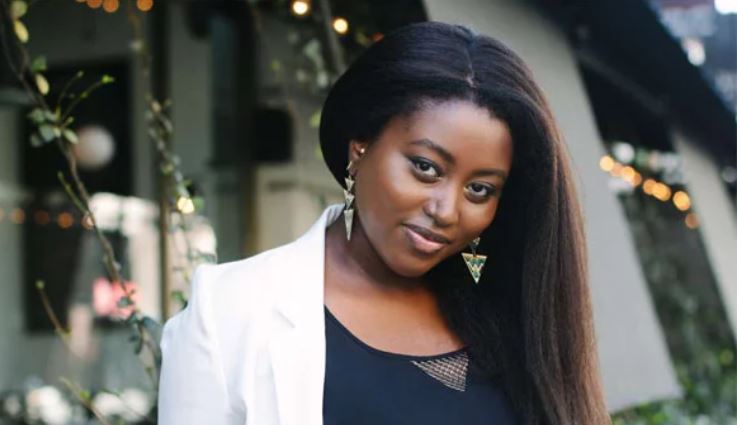 Kenya is flying its flag up high in Hollywood once again thanks to fast-rising film&television actress and producer Michelle Mbaya.

At only 23, she has already been featured in some of America’s big television shows. The Brookhouse alumni is surely destined for great things having graduated from The New York Film Academy recently.

She visited Kenya recently and spoke to ActScene about her craft.

What brought you back home? I came for holidays and to visit my family but I was also invited to give a talk at TEDx. In the event we used the TED format which was independently organised by a local community. It was held at Brookhouse, my alma mater.

What was the theme? It was about shaping the future. I sat down and thought ‘what shaped my future, and it was honestly when I failed’. I thought if it wasn’t for that and moving past that I wouldn’t have got to where I am now.

Why did you say that failure is the biggest blessing in disguise? Had it not been for failure, I don’t think I would have had the courage to stand up for what I wanted to do; and also I don’t think that my parents would also have believed in me. If I had excelled in what I was studying, then my parents would not have let me be an actor.

Who is Michelle Mbaya? Michelle is a creative in the entertainment industry specifically in Television and Film. She is very artistic and at the same time still figuring out herself in her space. At least that’s the way I like to think about it. I am an actress, writer, and producer.

Take us through your journey. I found my love for acting at an early age and I have been performing since I was 12. I grew up surrounded by a lot of different cultures outside of my own. I recently graduated from The New York Film Academy with Honours in my Bachelors of Fine Arts Degree.

What TV shows have you done? A lot of it I did towards last year. Most of them will be airing this year. I was in a comedy show called 9JKL, Dear White People, I have also worked on General Hospital. Those are the ones I can remember at the moment.

You also wrote and directed a few short films? The film that I wrote was actually my thesis project and I have been flying on its wings for a year now. The story in the film is a story I have encountered time and time again growing up in different countries and dating men from completely different backgrounds. It was a love affair from a very young age, I loved watching movies and TV and knew that it was what I wanted to do with my life.

The film was about an American who marries a Kenyan. It’s called Sheep, Goats and Cows. It’s about a young Kenyan woman, Neema, who grew up outside of Kenya and is marrying an American man. Her father asks for Dowry from her fiancé and she is at odds about how much her culture and traditional customs should come into play. It confronts a theme I often deal with in my own life of “culture clash.”

What is your take on the Kenyan entertainment industry? I think it has come so far, having left the country at age 7 and we moved a lot around with my dad. Since then every time I come back there is always something new. There is still so much potential to grow. I can’t give too much insight about the Kenyan industry because I have never really worked in Kenya. I am primarily focusing on acting and growing my network. In the same breath, I write a lot and have a tonne of scripts one of which I do plan on shooting in Kenya.

“I Was Almost a Victim of Police Execution…” 10 Things You Didn’t Know About Boss M.O.G < Previous
CRAZY! These are the Funny Pics Going Viral on Social Media Next >
Recommended stories you may like: