What KNH Plans to Do After Public Uproar Over Rape Allegations 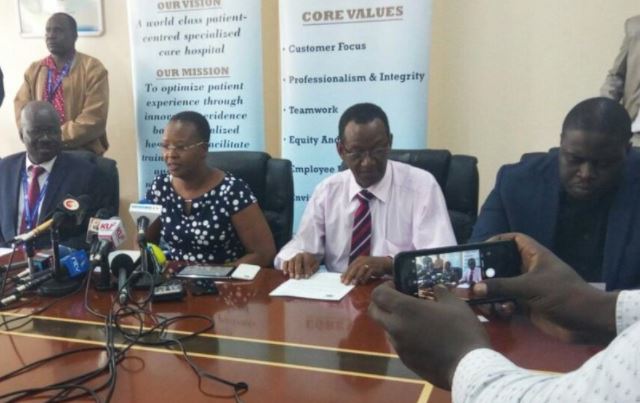 Kenyatta National Hospital has taken steps to improve security at the facility following a public outrage over allegations of rape.

The hospital was put on the spot after a woman claimed she was sexually assaulted as she walked to a different ward to breastfeed her baby. More women have since come out on social media with similar allegations, with the hospital’s management initially denying the reports.

On Monday, however, the hospital’s board approved the addition of more private security guards.

“The board has with immediate effect approved the engagement of additional security complement from private security,” chairman Mark Bor said in a statement yesterday.

Bor said they have also requested the National Police Service to increase their patrols adding that they toured the affected wards and spoke to patients and staff about their experiences.

The board also made suggestions relating to physical and functional infrastructural improvements, Bor added.

KNH Chief Executive Lily Koros in an interview on Citizen TV on Sunday said that they didn’t deny the rape claims. She explained that her addresses to the media are based on the reports they receive.

“I am not dismissing it but right now we don’t know whether it happened or not. I sit here as a mother and a woman before a CEO.

“It was not a denial. When the allegations came out, what we did was come together to see if there was any truth to them. We get reports of incidents on a day to day basis. Among those complaints, there has been none in my office on rape allegations. This is not to say that the allegations are unfounded.”

Koros said they scanned through the report they had and did not find anything that pointed at rape.

“We have never received any allegations of rape,” she said.

“The allegations are in bad faith. We have written to the DCI to investigate and if there is any truth then action will be taken.”

A report by KNH management and security agents on the issue was expected yesterday.

Satellite Developed by University of Nairobi Set for Launch into Space < Previous
Why Boda Boda Operators Have Been Banned From Nairobi CBD Beginning Today Next >
Recommended stories you may like: