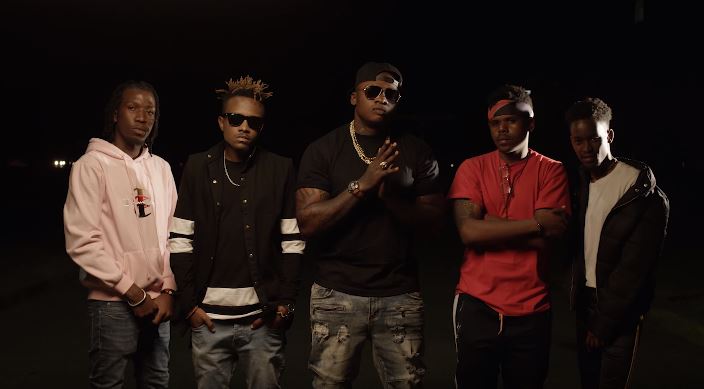 Because their first collaboration- Kantai rmx- was not enough, Kenyan boy band Le Band and rapper Khaligraph Jones have teamed up again for a new single.

Dubbed ‘Nakupenda’ (I Love You), the feel-good love song is the band’s first release of 2018, collaborating with the high-flying Khaligraph Jones to make a bold statement. The fast-rising four-man group was one of the breakout stars of last year and a lot is expected of them this year.

With two primary vocalists (Fidel Eli Shammah& Ken Mwendwa) and two primary instrumentalists (Joel Maina & Abe Kiptanui), they are shaping the future of music by tapping into its rich past and employing powerful, catchy lyrics and their signature rhythms indicating a continent on the verge of global explosion.

They have been together for roughly three years now, with their January 2017 release -‘Number 1’ featuring the sultry Suzziah – being considered the group’s big breakthrough.

‘Nakupenda’ is another classic from the lads and has been produced by Sofresh. The video shot on location in the Nairobi city centre is directed by Moses Osidiana, Brainwork films.

Watch the video below. These guys never disappoint.

Eric Omondi: “Why and How I Used Billboard to Welcome Chantal Home” < Previous
32-Year-Old Man Hangs Self After Testing Positive for HIV Next >
Recommended stories you may like: