VIDEO: Tanzanian Prophet Predicts The Next President of Kenya 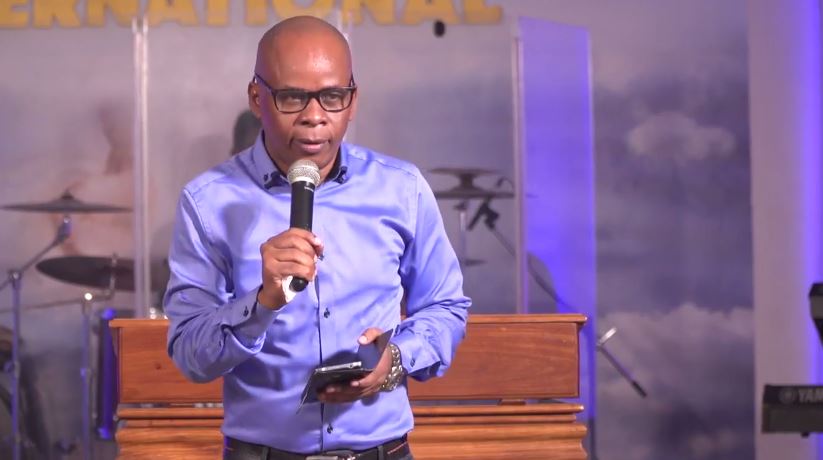 A Tanzanian preacher claiming to be a prophet has come forward with a prediction for Kenya’s election scheduled for next week.

Prophet Billionaire John Mkeu (I know) of Shalom Tabernacle has claimed that God has spoken to him and revealed the outcome of Tuesday’s election, specifically who will win the presidential election.

“For 3 days God has spoken to me loudly about the result of Kenya’s election,” he starts by saying.

He then keeps his congregation in suspense for a while, telling them how God works in numbers and signs. “Our God is a God of numbers,” he says.

He proceeds to explain.

Prophet Mkeu then states, “From what God has showed me about Kenya, from the numbers I’ve given you, Uhuru Kenyatta will be re-elected.”

“I want to tell Kenyans that’s the truth. Uhuru Kenyatta will continue being your president.” Mkeu concludes.

Well, I do not know what conversation ‘Prophet’ Billionaire Mkeu had with God, but if I had his phone number, I would inform him that Kenya’s president is called Uhuru Kenyatta. Not Uhuru Kenyata.

Obviously the extra ‘T’ changes the math. ‘Kenyatta’ is an 8-digit word.

But as I said, I don’t know what conversation Mkeu had with God.

RAW VIDEO: Leo ni Leo… Nyeri Bishop Receives Beating from Wife After He Was Found Cheating With Sister-in-Law < Previous
Prediction: Alfred Mutua vs Wavinya Ndeti Next >
Recommended stories you may like: