Prediction: Sonko vs Kidero.. Who Will Take Nairobi? 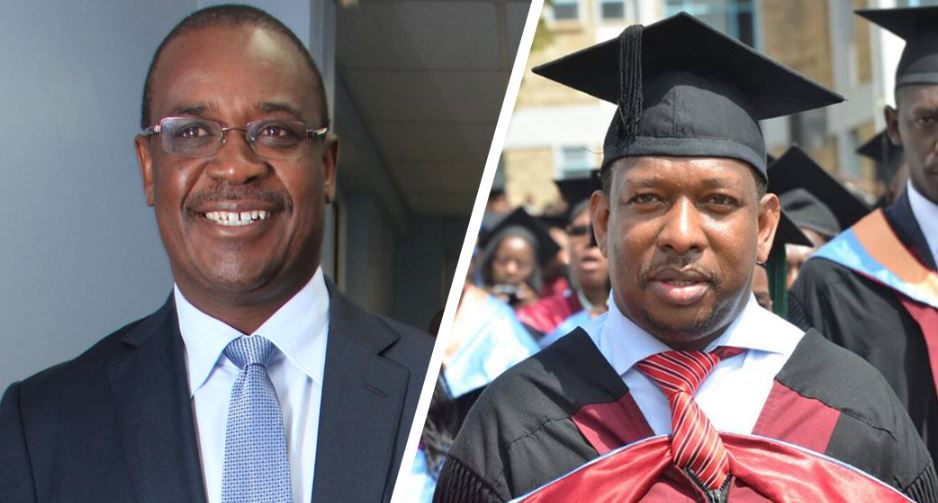 Someone made a statement the other day that left me in thoughts.

There has been a narrative that Kidero got votes from all sides, even from Jubilee supporters who had no faith in Waititu’s leadership.

But the numbers tell a different story. Kidero got almost as much votes as Raila, meaning very few UhuRuto supporters switched to Kidero’s side. Of course there was Jimnah Mbaru with 52,510 votes, which may explain where Uhuru’s supporters who didn’t like Waititu ran to.

Therefore, we can conclude that the only candidate who got support from all tribes and parties was Mike Mbuvi Sonko.

So, will he do it again tomorrow?

Several opinion polls have shown Kidero and Sonko virtually tied. This is a pointer to how hot things will be tomorrow.

Kidero should understand that the dynamics have changed. Why isn’t he commanding the same percentage in the polls as Raila Odinga?

Well, perhaps it’s because of his performance.

Kidero is without exaggeration one of the worst performing governors in Kenya. Apart from paid bloggers and social media ‘influencers’, I have never come across anyone singing his praises.

The city is in chaos. Hawkers have taken over all verandas. Garbage flows everywhere. Sewer covers have disappeared leaving gaping holes even in the CBD. Street lights were abandoned. Matatus reign free. There is filth everywhere manifested by the recent cholera outbreak… the list is endless.

For a capital city, hygiene should be the priority of every sane person in charge. But Kidero doesn’t read from the same script as everyone else. The other day on JKL, Cotu Secretary General Francis Atwoli told how he once telephoned Kidero after encountering a huge, stinking pile of garbage somewhere along Mombasa road, on your way from the airport. This is the road every visitor coming to Kenya uses, and Kidero can’t bring himself to tidy it up.

Basically, any Nairobian with half a brain is tired of Kidero. But as we all know, Kenyans act like there is a huge ‘No Entry for Brains’ sign outside the polling booth. All reasoning is abandoned and we vote based on party or tribe.

If Kenyans were as intelligent as they pretend to be, the next Nairobi governor would probably be Peter Kenneth or Miguna Miguna. But that will not happen. We’re stuck with either Sonko or Kidero.

Kidero has displeased many Nairobians, and I have a feeling that his vote percentage will go down from last time. Even some die-hard Raila supporters are openly campaigning against him.

On the other hand, many people don’t trust Sonko to manage a city… for obvious reasons. But a good number will place their bet on him, just to get Kidero out of City Hall. If he has played his politics well, Sonko might run away with the entire Kamba vote.

There have been fears that Peter Kenneth will split the Kikuyu vote, but I believe Sonko will wipe the floor with him where the Mt.Kenya vote is concerned. All PK has done in this election season is cement his traitor/spoiler tag. That will be very hard to come back from.

Therefore, if tribe was a factor in Nairobi, Sonko will probably run away with the Mt.Kenya, Kalenjin and Kamba vote.

Miguna Miguna will not make any impact and will only be voted by those who are resigned to ‘wasting their vote’ or those seeking a clean conscience.

All things considered, I think things look good for Sonko.

I strongly think Sonko is the next governor of Nairobi.

Chef Ali: I Personally Know Chef Gordon Ramsey and he is the Sweetest Man Ever < Previous
Projection: With 51%, This Will Be The Next President of Kenya Next >
Recommended stories you may like: