Nakuru S*x Workers to Down Their Tools on Election Eve 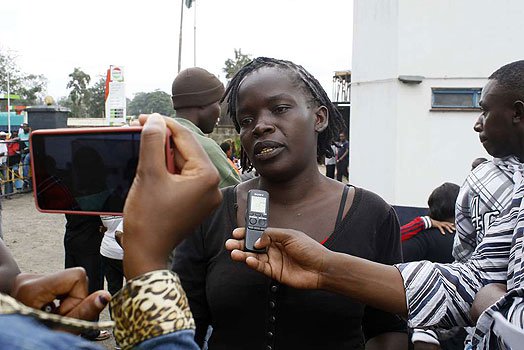 Commercial sex workers in Nakuru Town have announced they will suspend their ‘business’ on August 7 so they can participate in the elections.

Led by their spokesperson Lucia Njeri, the more than 600 s*x workers on Tuesday resolved to halt their activities to exercise their democratic right.

They have also agreed to maintain peace during and after the general election.

“We have unanimously agreed to suspend our activities on August 7 so that we can vote on August 8. We need development-oriented leaders who can help us get better jobs in future, “said Ms Njeri.

”We will also maintain peace. Those in politics are seeking employment and we should not allow their differences to split us.”

Njeri said after a series of meetings, they had resolved that they will not be misused to cause chaos by politicians.

Nakuru is estimated to have more than 1000 sex workers. They have formed an umbrella advocacy outfit called Smart Ladies through which they advance their grievances.

The group is chaired by Daisy Achieng'(pictured above).

Open Letter to Chris Msando’s Killers < Previous
Autopsy Reveals Msando was Tortured and Strangled to Death Next >
Recommended stories you may like: