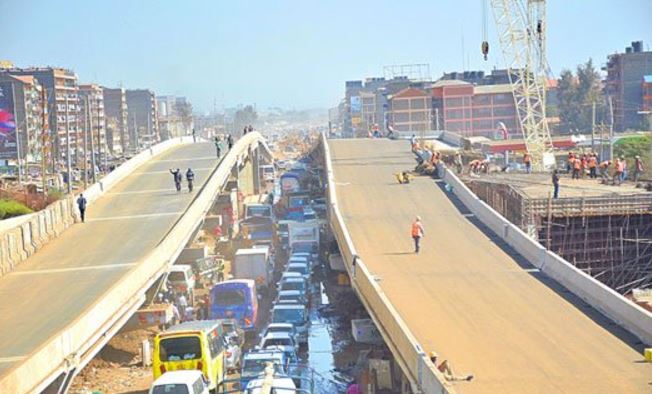 Nairobi Senator Mike Sonko found himself on the wrong side of a section of Nairobians after laying claim to the newly opened Outer Ring Road.

The 13 km stretch road was officially opened last Friday ahead of project completion in September.

The Sh8 billion carriageway runs from the General Service Unit headquarters on Thika Road (Allsops) and ends at the Taj Shopping Mall on the Eastern Bypass.

Other estates that will also be opened up include Buru Buru Phase 5, Kayole, Komarock, Savannah, Donholm, EABS, Tassia, and Embakasi.

The construction was launched by President Uhuru Kenyatta in January 2015 and is being constructed by China Wu Yi Company, the same company that constructed the Thika Superhighway.

Hailed as Kenya’s most beautiful road, photos of its progress have widely been shared on social media.

Mike Sonko too, took to social media to lay claim to the project. According to Sonko, he started the project when he was the member of parliament for Makadara Constituency.

Kenyans on Twitter were, however, not buying it. They came out in numbers to blast the gubernatorial aspirant.

So proud to see the work I started as MP progressing so well. These are the projects I intend to bring once I take office #TusongeMbele pic.twitter.com/WAWhPlD1rt

Hehehe… Which ministry were You heading then? What was your role?

In Canaan we will Only use Planes no Roads

Seriously, which Project did u start? Read the Mandate of MP & stop misleading Kenyans. I know what MP does, KeNHA & other Parastatals

Which work are you alluding to? The sarakasi of punching buildings and sleeping on the road?

I almost gave you my vote

Liar. Not all nairobi voters are those that you can confuse with water tanks and mkokokoteni

can you at least consult igathe amesomasoma

Lie to the uninformed masses.That’s not county work its KURA work.Liar!

When were you ever employed by KeNHA, stick to your lane bwana

Wawawa ????? @MigunaMiguna said you didn’t go to school,I now believe. Roles of an MP is taught in class 5 GHC and history & govt form 3/4