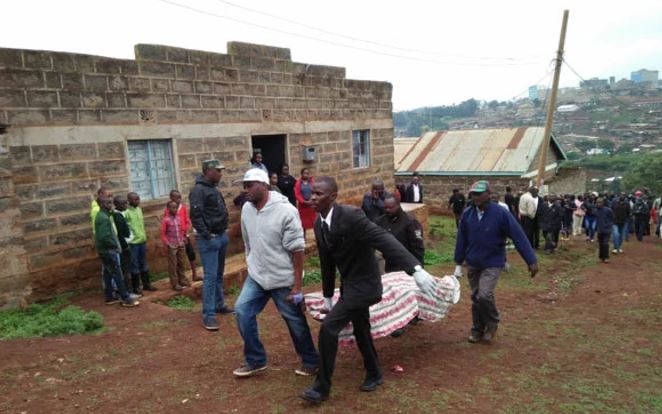 Mr Kimani’s body was found hanging from a rafter in the empty room by tenants at 9 am on Monday.

“The residential plot is his property.  He had come for normal visits and entered one room which was vacant,” a resident, who sought anonymity said.

Initial investigations indicate it was a suicide but police have launched a probe.

Mr Kioko said a post-mortem would be conducted to establish the cause of his death.

The deceased was a High Court advocate handling criminal, civil, and succession cases within Mt Kenya region and beyond.

He was in charge of enforcing regulations in the law profession and was known for bursting fake lawyers in the region.

Kamukunji Man Beaten and Stabbed for Romp with Married Woman Sues for Assault < Previous
Happy Ending for Everybody as Gladys Kamande’s Medical Fund is Split Next >
Recommended stories you may like: