Herder,18, Mauled to Death by Lions at Nairobi National Park 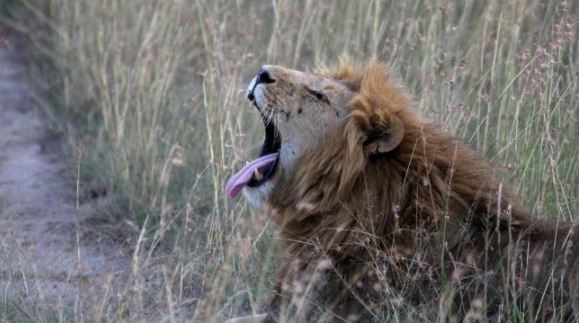 An 18-Year-Old man was on Monday attacked and killed by lions at the Nairobi National Park.

Weldon Kirui was in a group of eight herders grazing cattle within the park Monday morning when they were attacked by two lions.

The lions attacked and killed Kirui and only his head, legs and ribs were recovered from the scene, according to Langata police boss Elijah Mwangi.

“By the time KWS officials arrived, the victim had been eaten up. The seven were rescued by rangers who were on patrol,” he said.

The attack occurred at the Number 28 area near Maasai Lodge gate.

The police boss said the other herders were arrested and detained for illegal grazing within the park.

He noted some herders have a tendency of grazing their animals within the park at night, which he termed illegal.

“Our message, not only to the herders but also to guests in our parks, is that animals are wild. Never venture out or disembark from your cars as you risk being attacked. Stick to the park rules…those violate them risk being penalised,” said KWS director general.

“We are going to intensify night and day patrols to avoid such incidents.”

NTSA to Roll Out New Curriculum for Training and Testing Drivers < Previous
Canadian Working for Raila’s Campaign Narrates Harrowing Deportation from Kenya Next >
Recommended stories you may like: