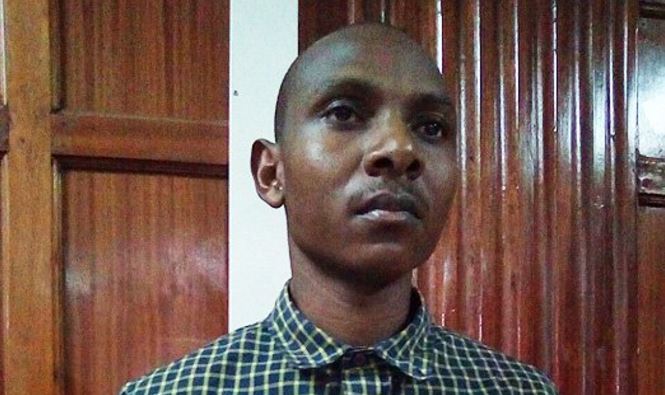 A man was on Tuesday arrested for attempting to vote twice in the recently concluded elections.

Protus Ligami Simiyu was arrested after a red alarm was raised by the Biometric Voter Identification kit which indicated that he had turned up for a second time at 3.14pm.

The BVR kit also indicated that he had voted at 9.08 am when he put his forefinger for scanning and identification.

At the time of his arrest, Mr Simiyu, had gone to the center at Lang’ata Road Primary School when there was no queue.

Mr Simiyu, a security guard, was on Wednesday charged in court with the offense of voting more than once and pleaded not guilty.

He defended himself saying the BVR kit wrongly identified him. He said he was at his work station at the reported initial time of voting.

Ezekiel Mutua’s Facebook Account and Fan Page Hacked < Previous
SAVAGES! This Guy Showed Off his Inked Finger After Voting But KOT Had Other Ideas Next >
Recommended stories you may like: