Since The Presidential Debates Have Flopped, Watch This Hilarious one By XYZ 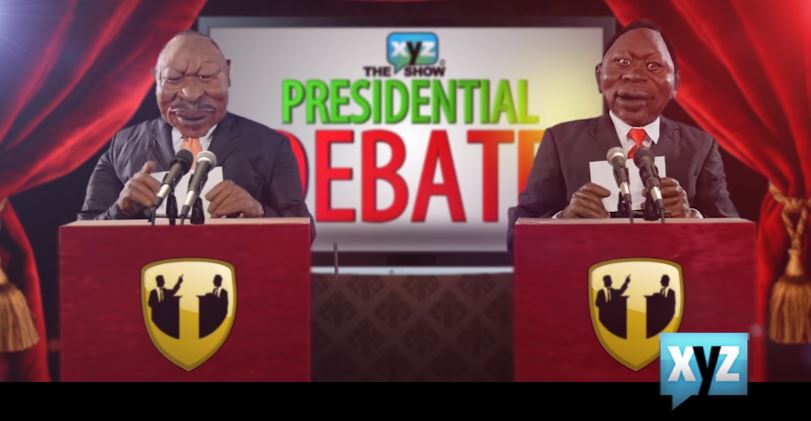 Current Deputy President William Ruto, and Deputy President hopeful Kalonzo Musyoka gave it a wide berth. Ruto had already declared that he would not be attending, giving unconvincing reasons for his decision. Kalonzo on the other hand was only to attend on condition that Ruto also did.

It was however not just the 2 horses staying away. 5 of the 6 ‘donkeys’ also failed to show up, leaving only one running mate to take questions from the moderators.

The President has also indicated that he will not be attending the Presidential debate scheduled for next Monday. He says he will be busy campaigning and has not interest meeting Raila face to face. Raila’s attendance is pegged on the condition that Uhuru shows up, meaning this debate is also likely to flop.

But XYZ Show have you covered. They already did a presidential debate between Uhuru and Raila, and it’s quite hilarious. Watch below.

Sportpesa Launches in Italy Through Rival Acquisition < Previous
The Hottest Stories on the Internet Today (Thursday July 20) Next >
Recommended stories you may like: