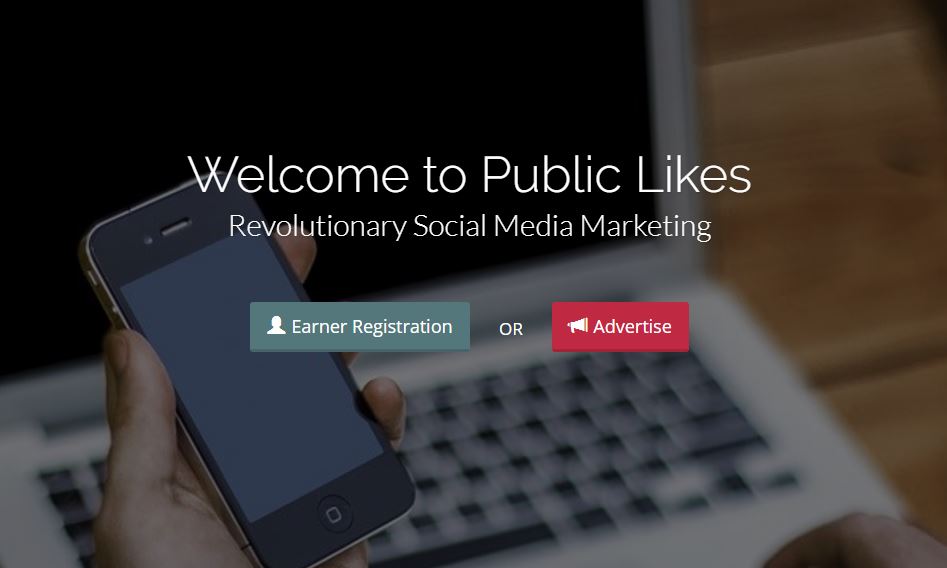 Things are elephant in the Public Likes empire.

Weeks after we outed them as frauds, Kenyans have continued to flock there with the hope of quick money. Thousands upon thousands have continued to deceive themselves that skipping ads amounts to work and as a result many will lose their money.

In a proper pyramid scheme, the con should have continued for several months in order to recoup their money and increase the victims’ numbers. As it stands right now, Public Likes has a big hole in their finances since all they have done is bleed cash. The ideal situation for Public Likes would have been to continue for several months until the last Kenyan is hooked, and then pull the plug.

But it appears the end may come sooner than they expected.

Yesterday, Safaricom finally flexed their giant muscle by shutting down the paybill number used by Public Likes. This effectively took away the pyramid scheme’s most important avenue to collect cash. They have recently incorporated bank transfer as a payment method, but it is believed that more than 99% of their money passed through Mpesa.

Anyone seeking to make a payment though their Mpesa paybill is now greeted by such a message.

It seems Public Likes saw this coming, because they had just recently amended their ever changing terms and conditions, to require all users to provide their bank account details and scan and send their ID cards.

It appears that the plan is to move all financial transactions to a bank account. On the site, they have listed KCB and Equity Bank as their partners. But this conduit might close soon.

Answering a question from worried Kenyans on Twitter, KCB came out to deny any relationship/partnership/affiliation with Public Likes. 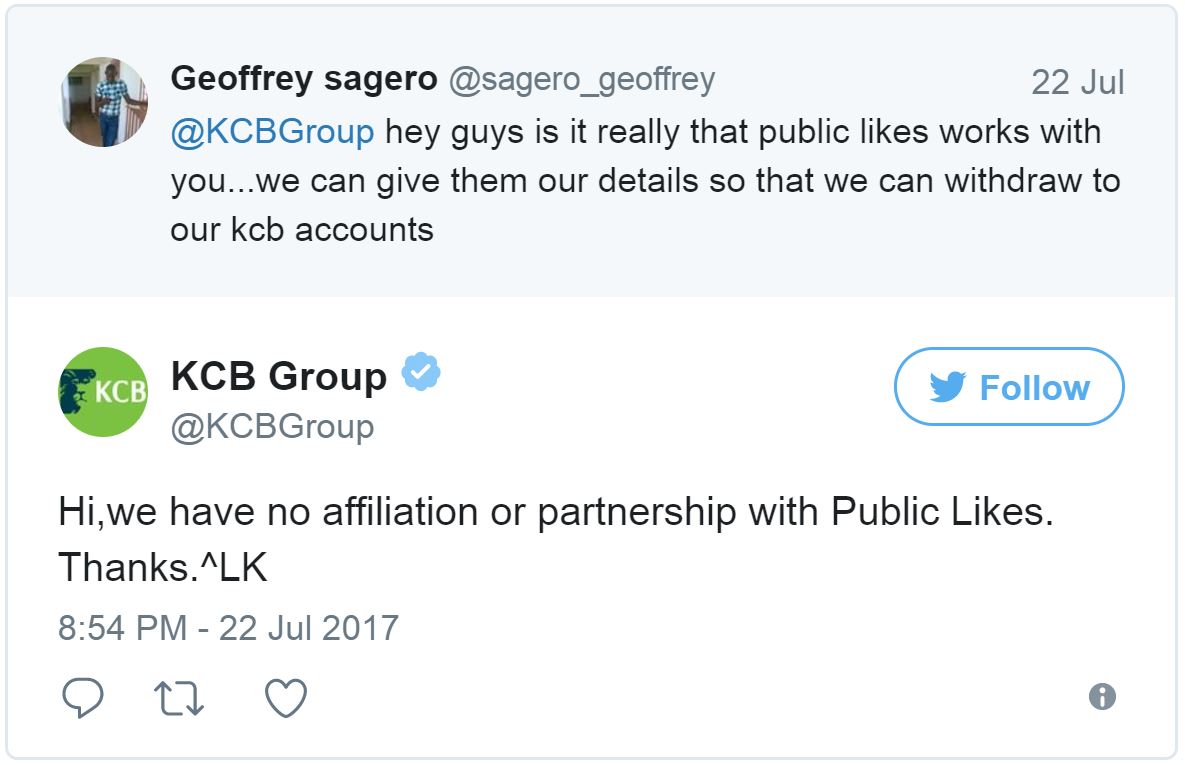 It is likely that Public Likes simply opened an account like any other business, but it remains to be seen how long KCB will allow it to continue conning Kenyans through their facilities.

Full VIDEO: Raila Steals The Show as Uhuru Snubs Presidential Debate < Previous
How Uhuru Kept Millions Guessing and Waiting for 30 Minutes, Then Failed To Show Up With No Apology Next >
Recommended stories you may like: