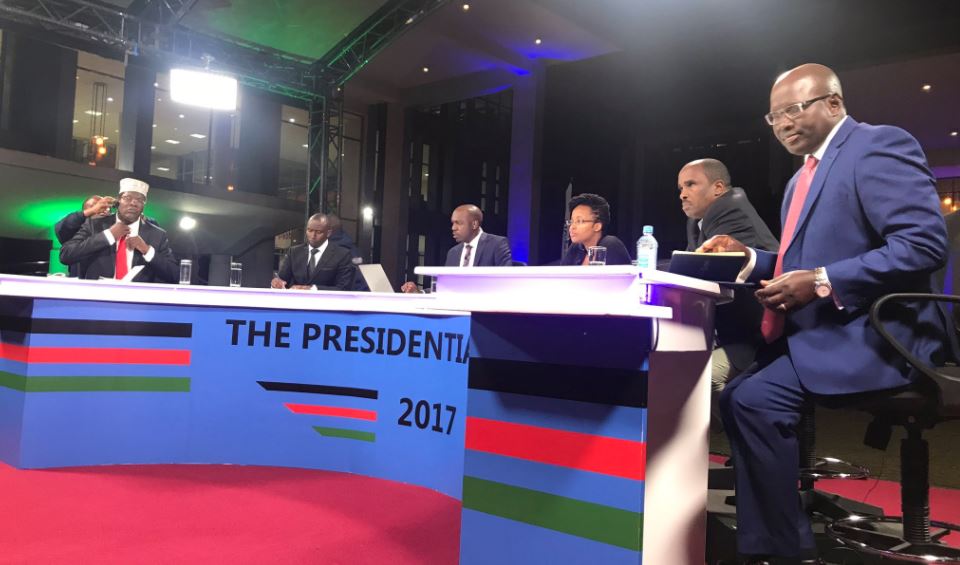 The two leading presidential candidates subjected Kenyans to a whole day of guesswork. In the morning, Raila declared that he would not turn up for the debate unless Uhuru did too.

Uhuru’s press team was largely silent on this, but he gave a big indication that he would show up when he decided to cancel a trip to Samburu, supposedly to prepare for the debate.

Around 20 minutes to the advertised time, Raila made his grand entrance. It was game on. However, for a full 30 minutes after the scheduled start time, Kenyans waited for the president but he did not turn up.

Nevertheless, Raila took the podium and answered moderators’ questions alone. Corruption and integrity formed a big chunk of the questions. He was particularly taken to task about the maize scandal during his tenure as Prime Minister.

The Nasa candidate was also brought to task about his Narok utterances, and how he intends to bring down the cost of living, particularly rent.

The quality of his answers is debatable, but it didn’t matter because there was no alternative for comparison purposes. He took all the glory.

Watch the entire debate below from around minute 12:00.