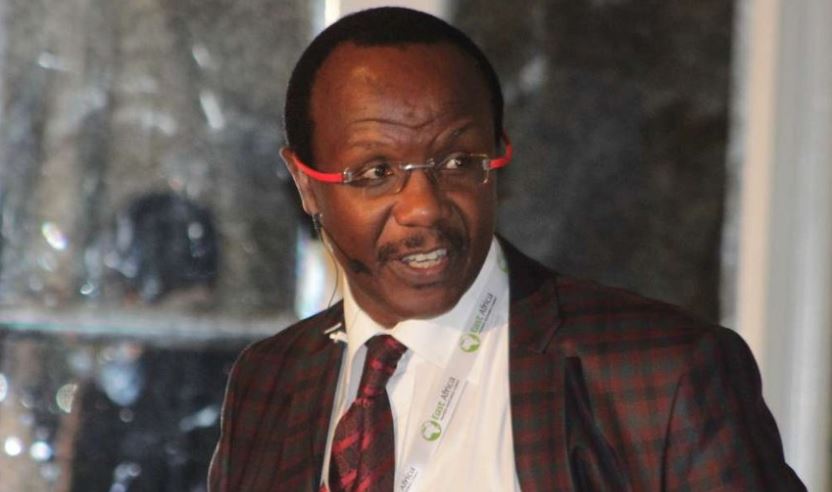 The war drums have started, and as usual the culprits are people with the financial means to flee the country at the first sign of trouble.

Self-proclaimed public intellectual and economist David Ndii has now announced a gloomy future for Kenya, if Uhuru Kenyatta is declared winner in ‘another sham election’. Ndii made the tweet on Sunday, in what was interpreted as a warning for another post election violence.

From the Tweet, the ‘other sham election’ could be the 2007 election, or the 2013 election that saw Uhuru declared winner. If its the latter, the Supreme Court would probably beg to disagree.

Which now presents the problem. Unless you were born yesterday, we know very well that elections in Kenya can be manipulated (though recent measures have been made to reduce this).

However, will it be a ‘sham’ only when David Ndii does not agree with the results? Is he the one tasked with making that determination?

The reason the likes of Raila and other civil rights activists fought for democracy and a new constitution was so that institutions can work. The IEBC is there to conduct its job without interference. And frankly, the current commissioners were brought in quite recently after a bitter fallout between government and opposition that resulted in some nasty scenes in the streets. It would be unfair not to let them do their job. However, if you are aggrieved, the courts exist for that.

The Judiciary has come a long way since the Moi days. With the passing of the new constitution, the Supreme Court is often looked upon to make important rulings, and in my simple understanding, only they can decide whether an election was a ‘sham’, after looking at the evidence not rumours.

It is unclear whether David Ndii meant the country will burn before or after the Supreme Court rules that the election was a sham.

But it can be argued that he shows no intention of waiting for a ruling before lighting up the country. Which negates the purpose of the Supreme Court in the first place.

What does he lack faith in. The Supreme Court or his party lawyers? The Judiciary has made many rulings that can be seen to be anti-government in the last few years. Why then would David Ndii burn the country before the Judiciary decides?

Truth be told. Next month’s election will not please everybody. We will hear stories and rumours of ballot stuffing, marking, failed BVR kits, missing names in the register etc. all over the country. But the moment we decide to become judge, jury and executioners, that’s the moment the country will truly burn.

And if we do not have faith in the Supreme Court, after the long constitutional journey we’ve taken, then we should abolish it as soon as possible.

David Ndii will argue that he was simply making an observation. But observations like that coming from a person of repute in the inner circle of one of the team, can be taken very seriously. Indeed, the message received by Raila’s supporters is that the only way Raila will lose is through a sham election. It would be excusable coming from a neutral person, but from a man rumoured to be Treasury Cabinet Secretary in a Raila presidency, well, that is the exact definition of modern day incitement, lightly veiled.

And if I may, people like David Ndii and others blowing the war trumpet should have their passports seized so that when the country burns, they also burn in it.

Larry Madowo and Ekuru Aukot in War of Words Over Ekuru’s ‘Mammoth Crowd’ in Naivasha < Previous
The Hottest Stories on the Internet Today (Wednesday July 5) Next >
Recommended stories you may like: