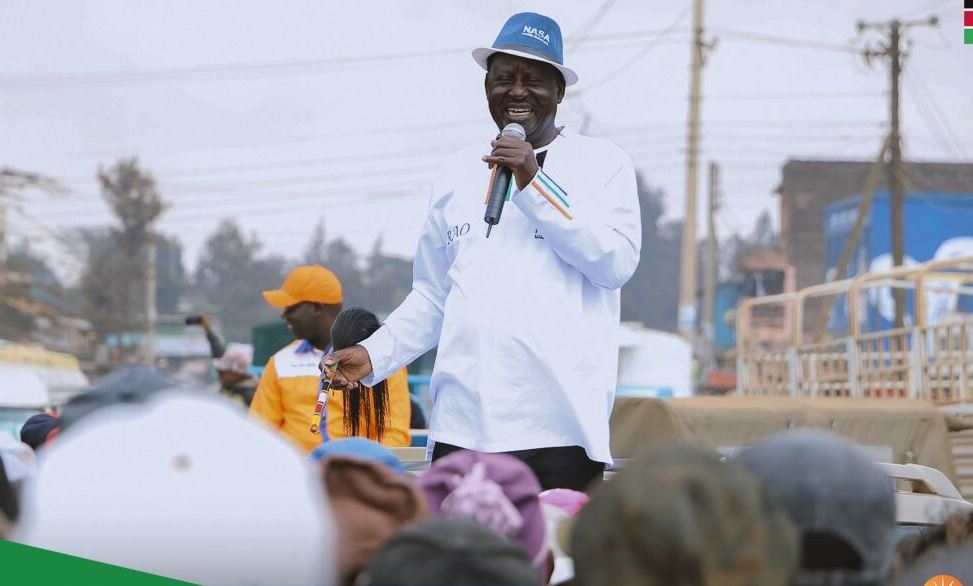 Nasa has demanded an explanation from the government as to why eight military-trained police officers are trailing Raila Odinga.

Siaya senator James Orengo yesterday said that the eight were part of 60 AP officers who underwent training in Katulo, Wajir and Kahawa Barracks. They have not been officially seconded to Raila’s security detail.

“These officers are using police vehicles with non-GK number plates that keep changing. They were relocated to Kiambu on an unspecified mission,” Orengo told the media.

“Prior to the release of the eight officers, a number of trainees had from time to time shadowed and trailed Raila and other co principals in their daily political activities,” he said. “We fear Jubilee is hatching a similar plan again with this suspicious training.”

According to Orengo, a retired lieutenant by the name Kimunya deputized by an officer from the NIS whose name they have not yet established, conducted the training in Kahawa. He said that their instructions are to operate as ordinary civilians while still using police equipment, which according to him makes the mission ‘more sinister’.

”We are not going to wait to tell the tale after the crime is committed. We must raise the flag to protect our leaders,” Orengo added.

“We challenge Boinnet to account for officers under his charge. We are aware officers on this mission have been made to surrender their official status documents.”

“We are putting the President on notice that we will hold him responsible for security lapses and challenges that affect Raila.”

Last month, it was reported that Raila Odinga had asked for more security personnel to bring the number of officers attached to him to 50. It was also said that he had asked for more vehicles to go along with the increased detail. However, Nasa dismissed those claims.

According to the constitution, if a presidential candidate or his/her running mate dies before the election, the election date should be postponed. However, the amount of security detail awarded to any one candidate is at the sole discretion of the Inspector General.

All The Trending Images in Nairobi This Wednesday < Previous
Winter is Here! ‘Snowfall’ Excites Nyahururu Residents – Photos+Videos Next >
Recommended stories you may like: