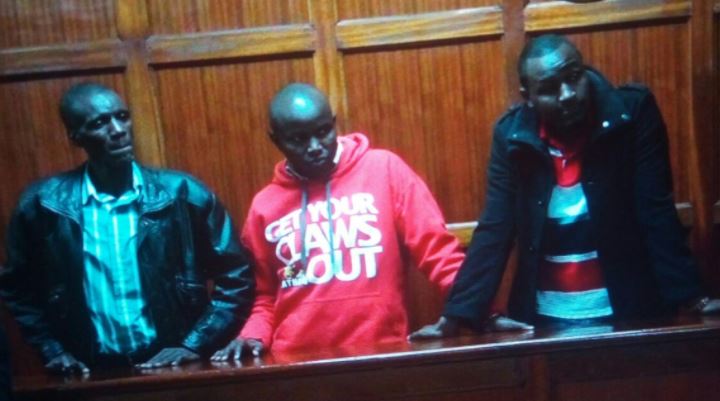 The year was 2014 when a disturbing video showing a Githurai 44 matatu crew sexually abusing a female passenger shocked the country.

They were found guilty of robbery with violence and assault.

In his ruling, the Magistrate said that prosecution had proved its case against the accused persons and handed them another sentence of 25 years in jail for stripping and sexually assaulting the woman.

The three, jointly with others, robbed the woman of Ksh 10,200, a Samsung Galaxy mobile phone worth Ksh 27,000, one bottle of perfume, a clutch bag, and make-up kit all amounting to Ksh 41,700 on the night of September 19 and 20 at Millenium petrol station in Githurai 44.

“It takes the courage of a lady to report such an incident she retaliated and slapped the person and therefore suffered humiliation because of her right to privacy,” said the Magistrate.

The victim had told the court that there were about seven men in the bus and they wanted to rape her but she lied that she is HIV-positive.

She added that the video that went viral was 59 seconds long but the incident lasted longer.

The magistrate ruled that the accused took part in a “senseless and uncouth act that they seemed to enjoy because they were cheering as they stripped the woman.”

Hilarious Meme Compilation (Thursday July 20) < Previous
All The Trending Images This Thursday Next >
Recommended stories you may like: