The 2007/08 post-election violence really should have taught us hard and painful lessons. Over the last few weeks, Kenya has seen an increase in political violence, a worrying fact that threatens to plunge the country into chaos after casting our ballots in less than a fortnight.

Violent clashes between supporters of opposing leaders have become a key element of the ongoing campaigns and some observers fear Kenya’s history of election violence may repeat itself.

With that said, something happened in Starahe Constituency that should be emulated across the country. Starehe aspirants Boniface Mwangi and Charles Njagua Kanyi alias Jaguar bumped into each other on Wednesday while they were both seeking votes at Kariorkor.

Boni gave Jaguar his campaign manifesto while the singer turned politician appeared amused by the gesture. In doing so, the ‘rivals’ demonstrated mature politics and it has not gone unnoticed in social media circles.

Boni posted a photo of the moment on Facebook and captioned it: “I bumped into Jaguar yesterday, while we were both campaigning at Kariakor, and l gave him a copy of my manifesto. Now you know that Starehe Ni Bonnie.” 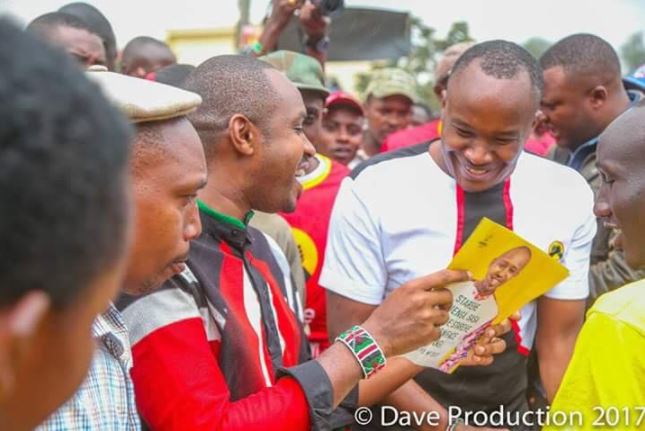 The Trending Pics This Furahiday < Previous
Iconic Nokia 3310 Now Available in Kenya.. This is the Price Next >
Recommended stories you may like: