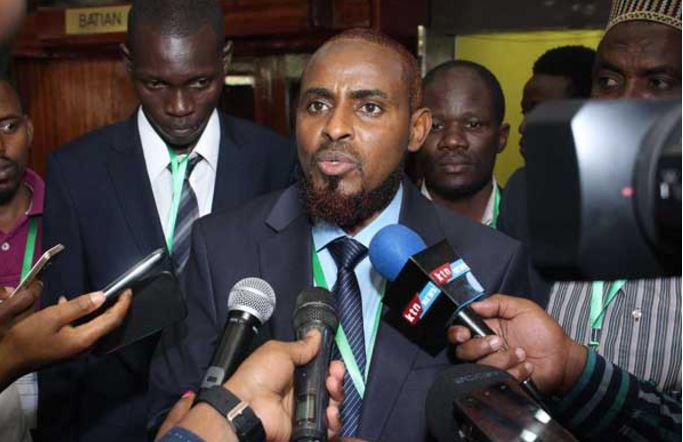 Presidential candidate Abduba Dida of the Alliance for Real Change has rejected a second offer by the police to attach four GSU officers as part of his security detail.

On Wednesday, Dida turned down the new offer by Inspector General of Police Joseph Boinnet and insisted on having 20 bodyguards as he had requested.

In addition to the 20 officers, Dida also wants the government to provide the officers with vehicles to be used during the campaigns.

Last month, Nasa presidential candidate Raila Odinga asked Inspector General of Police Joseph Boinnet to increase the number of his bodyguards from the current 16 to 50, but the IG rejected the request.

Thirdway Alliance Party presidential candidate Ekuru Aukot has also had his request for 15 security officers to guard his running mate Emmanuel Nzai, his wife, parents, and children, rejected by Boinnet.

The Trending Images This Friday < Previous
PHOTOS – The Sh10 Million a Year School Jimi Wanjigi Takes His Children… Most Expensive in the World Next >
Recommended stories you may like: