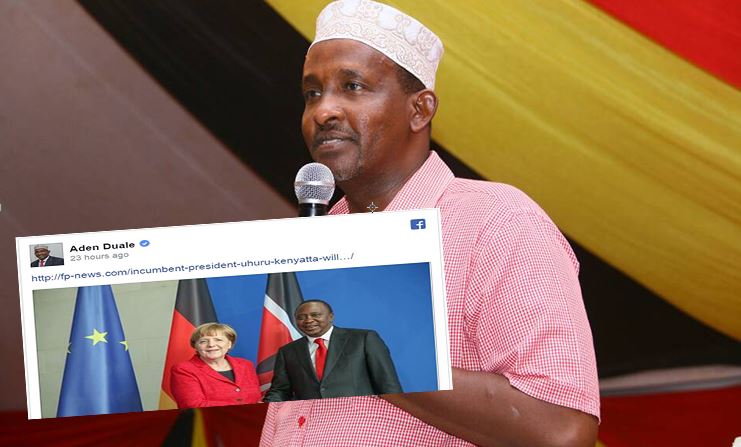 It’s fake news season in fake news country. There are 2 sides in this equation. The political party sponsored fake news, and the money motivated fake news.

Both Nasa and Jubilee have their own online warriors running multiple blogs, and Twitter accounts. Their purpose is to highlight any misstep by the other side, often adding great exaggeration, or even posting outright lies. When a section of a crowd boos, it will be top news on the respective party sponsored blogs and social media accounts, twisted for maximum impact.

On the other hand, there are bloggers who are just out to make money, and have mastered the art of evoking emotions through headlines. The more viral an article is, the more they earn.

Right now the line is blurred and you cannot say with certainty where particular bloggers lie.

And speaking of fake news, the one that has gone viral and caught our eyes is by perennial fake news propagator – a blog by the name FP-News. The name itself is supposed to make people think this the real Foreign Policy.

Some time back, they published an article under the title, ”Incumbent President Uhuru Kenyatta Will Win by 58%, Western Think Tanks Predict.”

First paragraph reads, ”International and local pollsters project 55year President Uhuru Kenyatta will be reelected with a landslide during the August general elections. Little known pollster ‘Elections Pollster’ which predicted a Macron win in France projects Mr. Kenyatta will win 58% of the vote against Mr. Odinga’s 38%.”

To give the fake article even further credibility, the author of the article invented people and titles.

”According to Emma Gordon, Senior Analyst at Bath, England based risk consultancy, the opposition support is completely disillusioned this time and it’s impossible to determine actual political preference of the entire block.”

”According to Ahmed Salim, Senior Analyst at Teneo Strategy, a Dubai based firm, President Kenyatta would have enjoyed a landslide win were it not for the discontent about cost of living and the narrative about corruption which has been manufactured by the opposition. If he can be able to turn these two issues around to his advantage in 2 months, he will win the 1st round with over 60%.”

“In only one hour, I realized why Kenyan opposition is bitter with President Kenyatta. If he was my opponent, I would also be scared of him; this man is a great debater and a diplomat. If I was running against him, I wouldn’t have any hope of being reelected because his eloquence alone would deny me another term” German Chancellor, Angela Merkel.

The fake news would have been ignore, like it should be, until Majority Leader Aden Duale, fell for it and posted a link on his Facebook page. 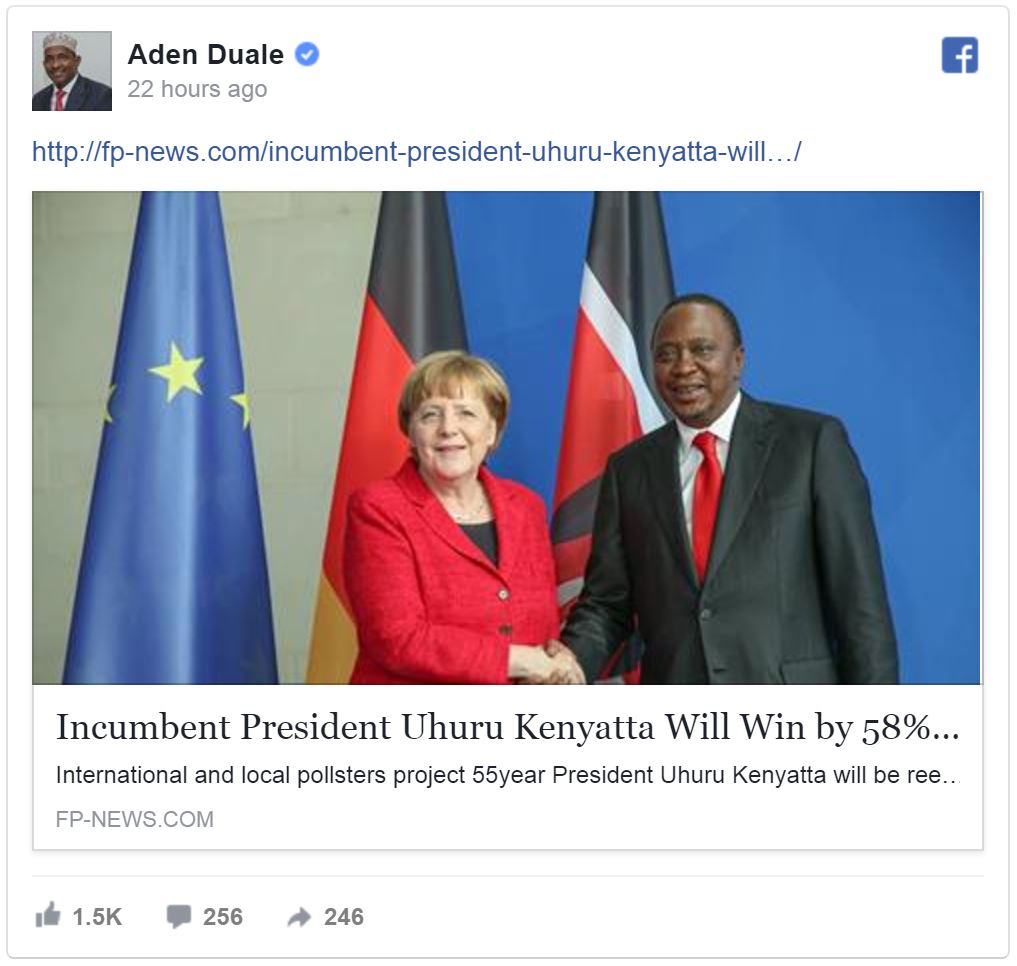 But I’m not completely sure he really fell for it, because the lies are so obvious. Perhaps he knowingly fed his supporters fake news?

All The Trending Pics This Thursday < Previous
Raila Leads by 53%, Uhuru at 41% – ODM Releases Fake Ipsos Poll Next >
Recommended stories you may like: