Nasa candidate Raila Odinga is ahead by 53% while President Uhuru Kenyatta comes in second with 41%. This is according to the latest Ipsos poll released yesterday.

Small problem though.. Ipsos did not release any poll.

The above figures were first published by Nasa-aligned blog Kenya Today under the title, ”BREAKING: Raila ahead of Uhuru in new poll”.

In Bomet, Isaac Ruto is expected to bring in nearly half of the votes.

According to the article, the poll was supposed to be released this week, but Ipsos is under pressure from Jubilee not to.

It is propaganda season and this ‘poll’ could have been ignored as it should be, until ODM published the same figures on their verified Facebook page.

”Even the ever lying Ipsos poll have so far started to accept that Raila Odinga has always been ahead of Uhuru Kenyatta since 2013. This is what they released today.” they posted. 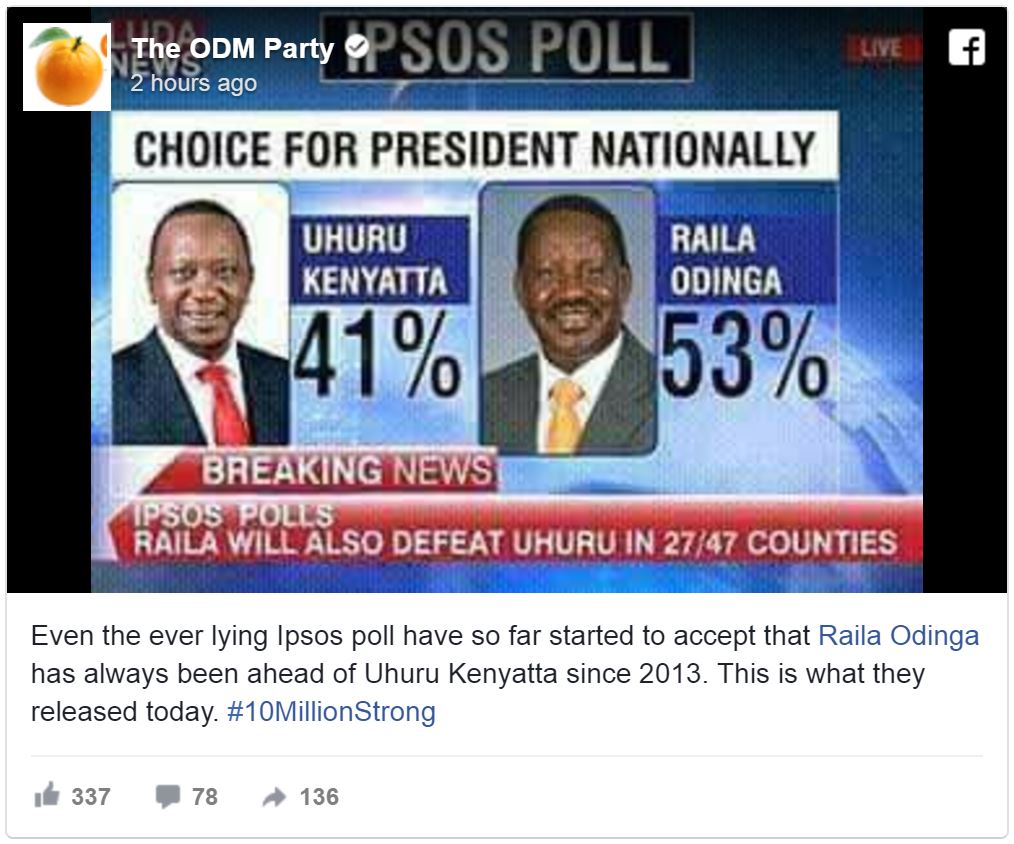 Most of those commenting on post urged their fellow supporters not to get overly excited and instead turn up in large numbers.

In another version of the above Photoshopped image, the guy who did it forgot Raila’s name, and what year we are in. 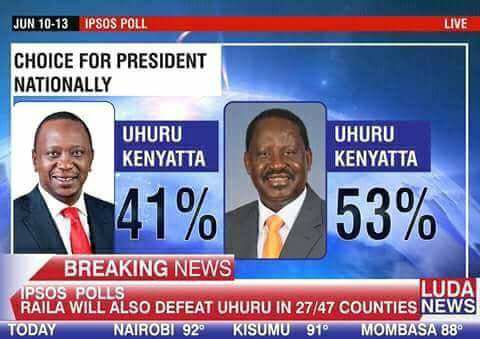 Politicians have a tendency of publicly dismissing opinion polls when they are not favoring them. However, they all privately respect the science behind the data and quickly move into action.

The importance of opinion polls will only grow as we approach August, but be very suspicious of the numbers being thrown around. A genuine Ipsos poll will certainly make it to the front page of all newspapers.