PHOTOS – Angelina Jolie is in Kenya

Hollywood A-lister Angelina Jolie is in the country.

Jolie, who is a UNHCR Special Envoy, spent World Refugee Day in Nairobi where she met with adolescent refugee girls.

Wearing a beige pant suit over a white T-shirt, the actress also visited 20 girls at the Heshima Kenya Safe House. They had fled conflict in the Democratic Republic of the Congo, South Sudan, Somalia, Burundi and Rwanda, UNHCR said in a statement. Almost all had experienced sexual and gender-based violence and many had given birth after being raped or were pregnant.

‘The role of sexual violence is compounded when it is carried out by someone in uniform who has taken an oath to protect,’ Angelina said.

‘So it is a responsibility of those who wear uniform to take the lead now by correcting from within, setting an example and stepping forward with new commitments.’

The UNHCR says Kenya hosts some 491,000 refugees, of which 101,713 are from South Sudan, which the U.N. has said is the world’s fastest growing refugee crisis.

Angelina jet out of Los Angeles on Saturday, one day before Father’s Day, with her six children in tow.

According to E! News, her estranged husband Brad Pitt got a chance to see the kids before they left the country. They were dropped at the actor’s home on Saturday morning. It’s been nine months since the Maleficent star filed for divorce from Pitt.

Angelina was appointed Special Envoy to the UN Refugee Agency in April 2012.

Here are some photos from her visit. 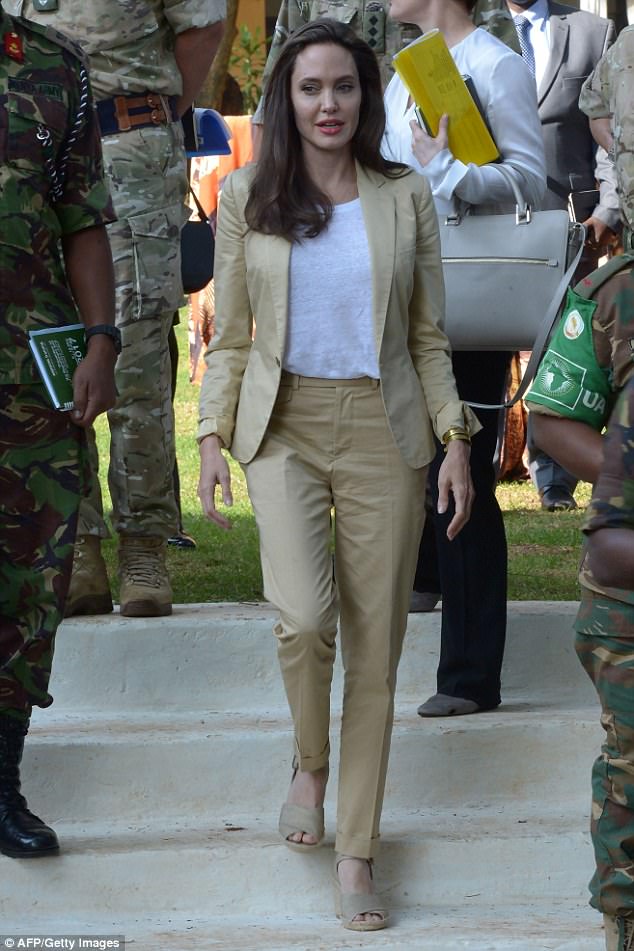 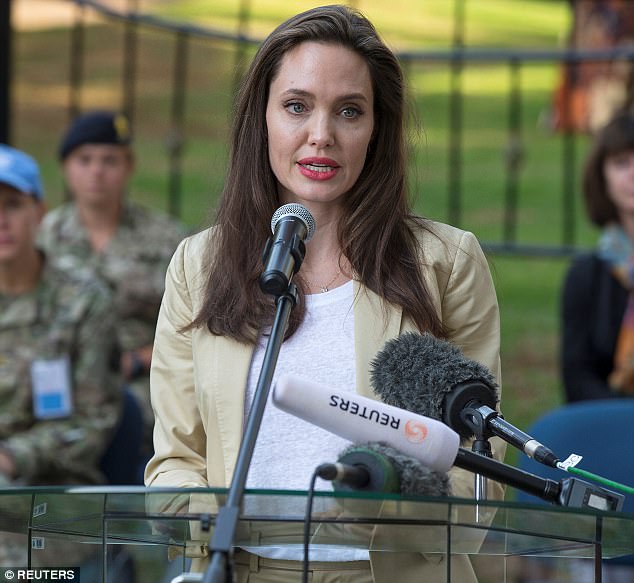 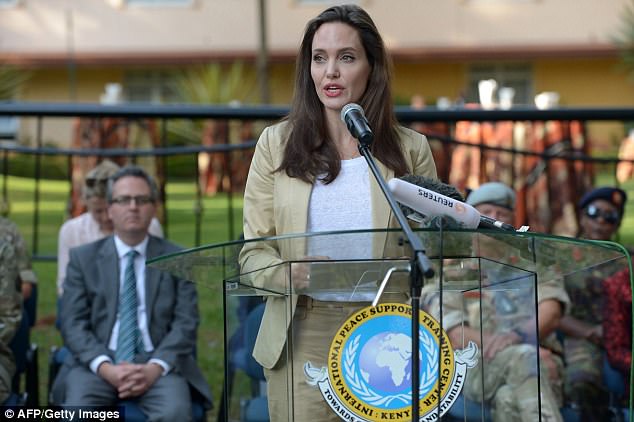 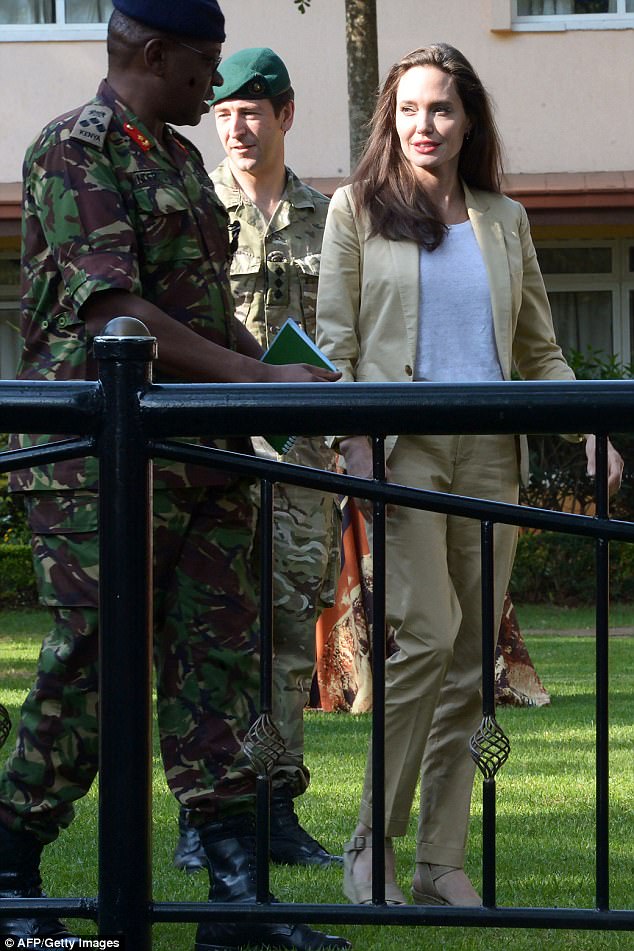 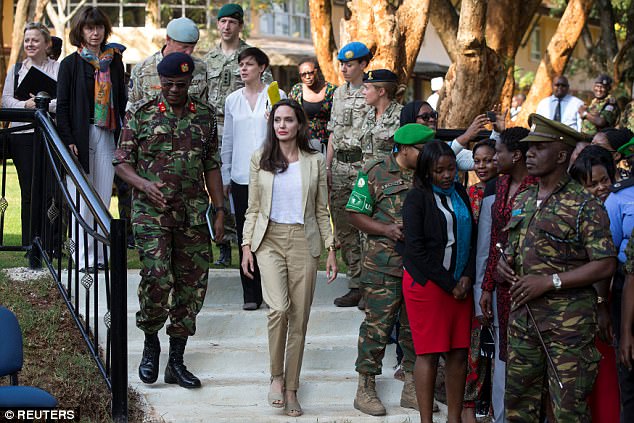 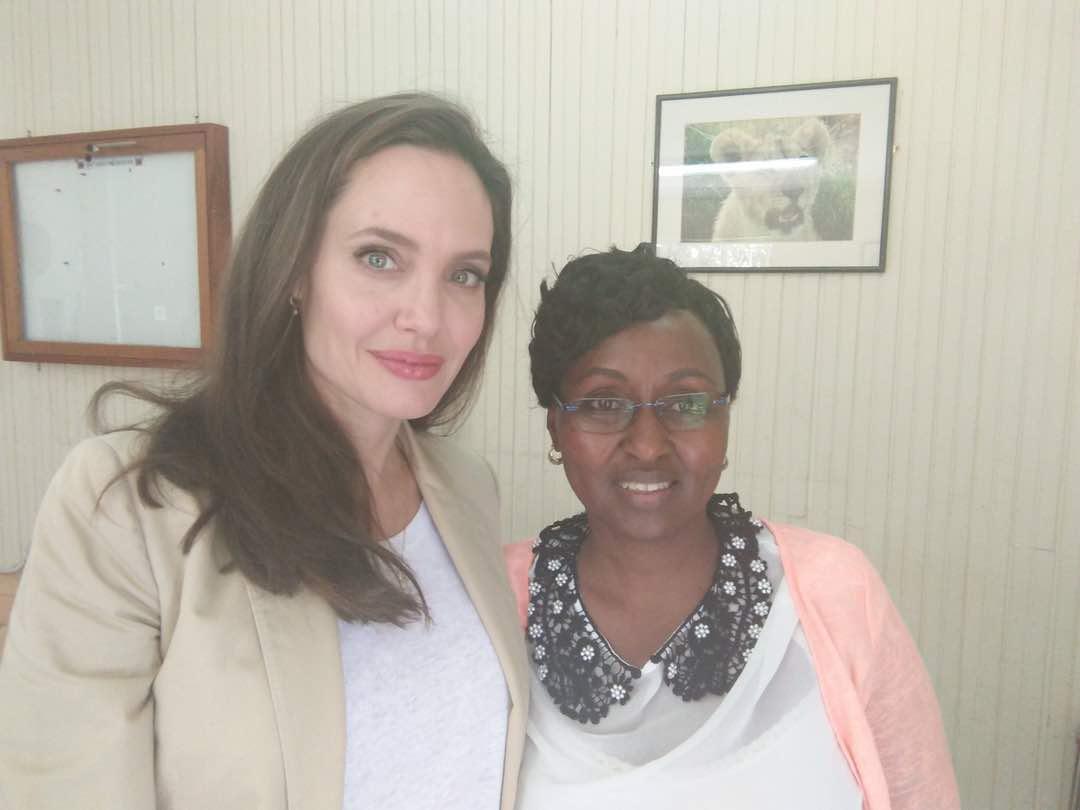 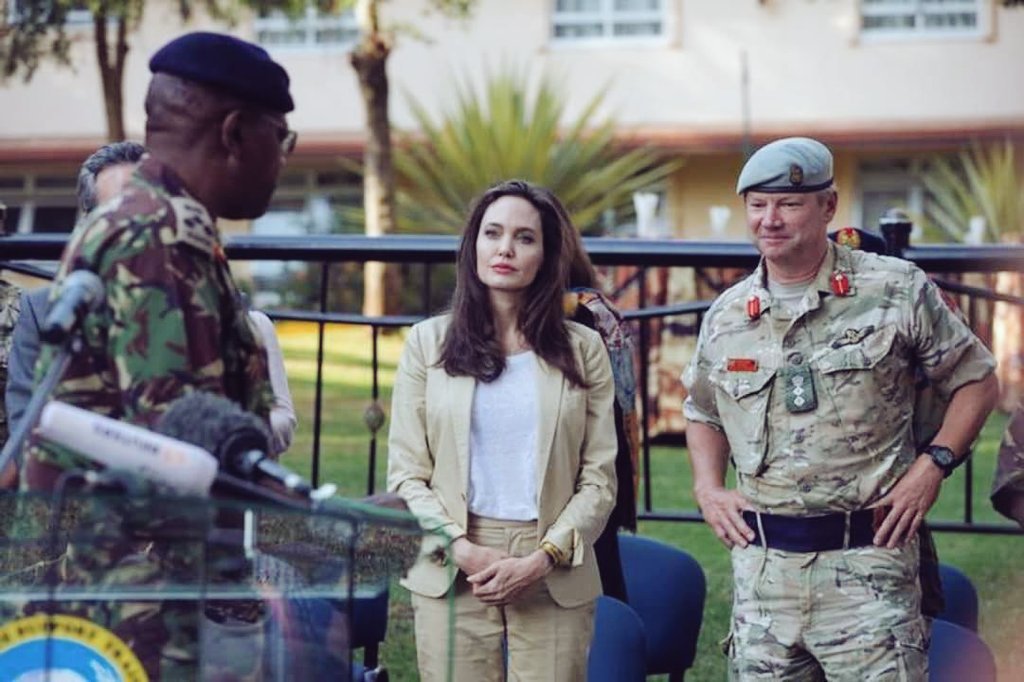 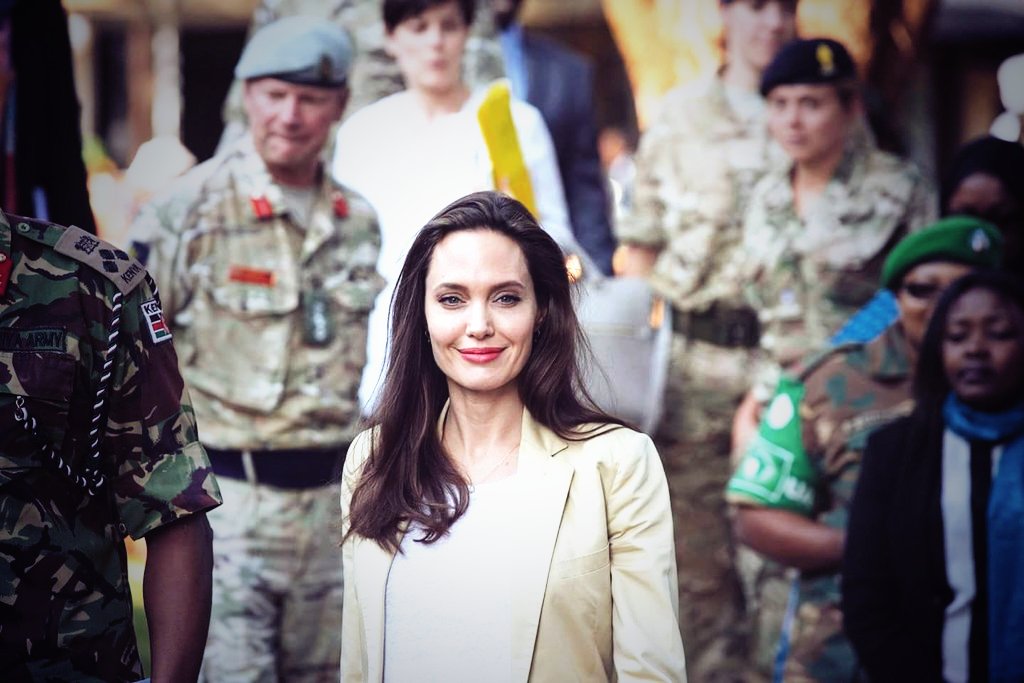 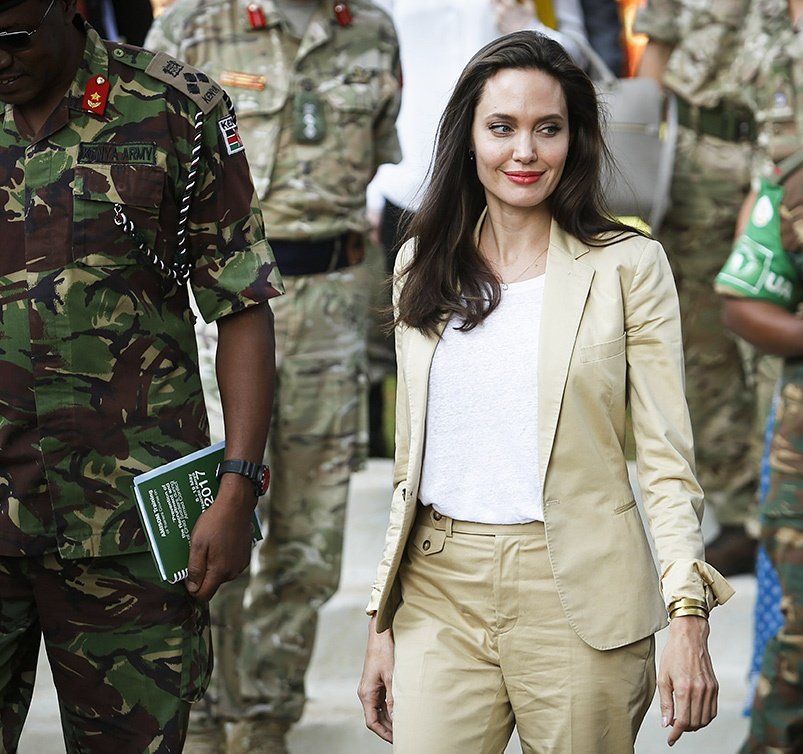 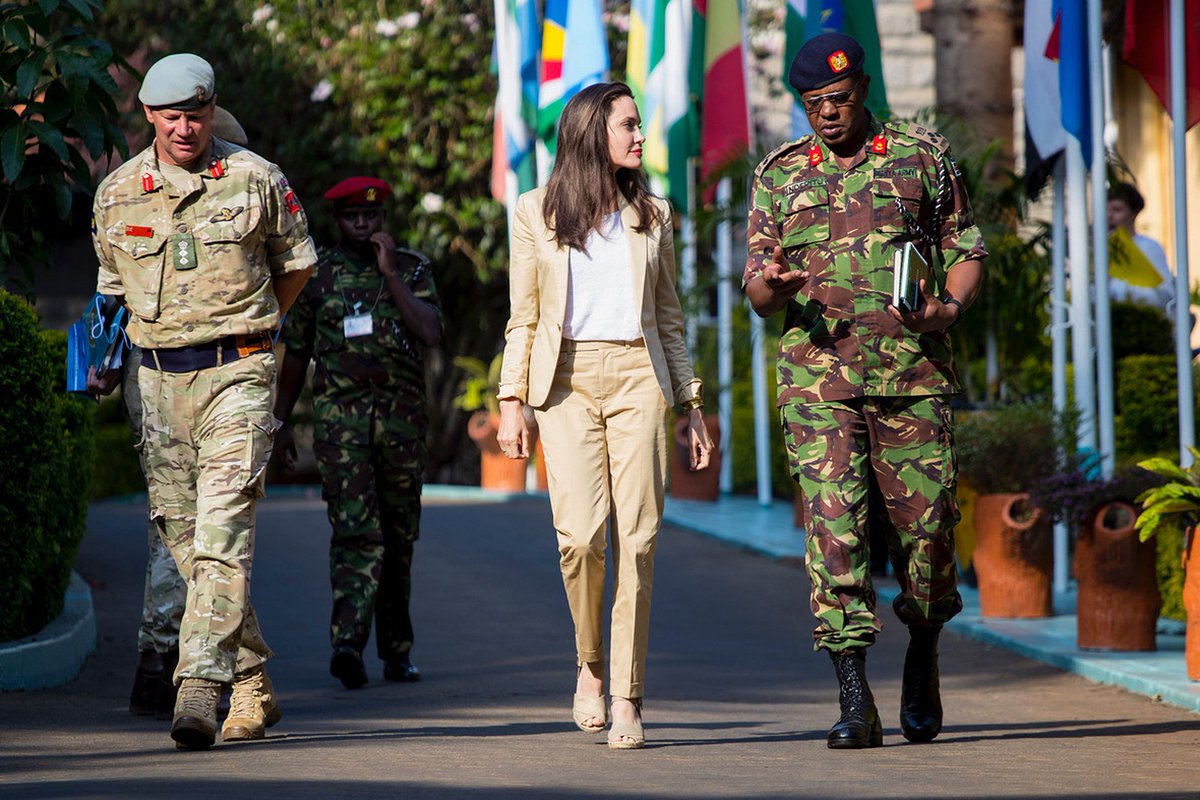 VIDEO: Kalonzo Praises Women Who Kicked Out Mutua Supporter from Matatu < Previous
Utanyoa Lini? – Mombasa Man Shaves Girl’s Private Parts After Night Out (AUDIO) Next >
Recommended stories you may like: