I Was Orphaned at 19, Me and My Four Siblings Would Eat Raw Mangos and Sleep (Inspiring) 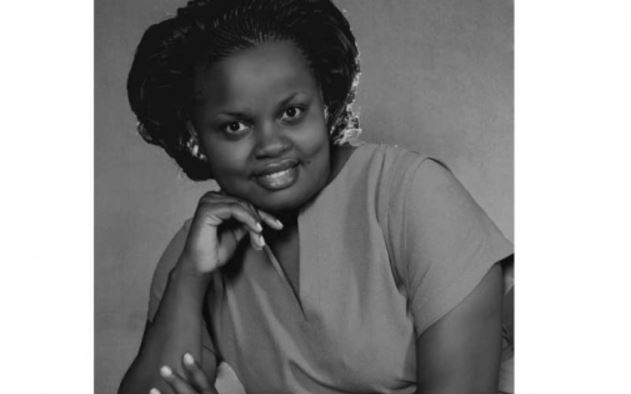 At 19 years of age, Alinda Ndenga took up the role of guardian to her four siblings after their parents died in a span of two years.

Alinda opened up about her inspiring story to The Nairobian and talked about her life as an orphan and the struggles she has had to overcome over the years to become a nurse.

our parents died within a span of two years when you were barely out of school. How did you and your four other siblings cope?

We were suddenly thrown into the wilderness. I had to take up the role of a first born at 19. Many are the times we slept hungry. We would eat raw mangoes, drink water and sleep. My kid bro, now a Chemical Engineer, took up a job as an untrained teacher and we would do small scale farming to put food on the table.

Tough. When I was training as a nurse, I remember my siblings sneaking into my college room to stay with me because they practically had nowhere to go. Thank God I was never caught! There were moments when I could not access toiletries and sanitary towels and I remember having only three nylon panties through my college life.

When schools closed for a month, I had nowhere to go, sometimes I would work as a house girl in exchange for accommodation. Once, I remember walking a distance of 65kms to home. No, not home, but to a cold graveyard.

Who came through for you?

My late maternal uncle was special, much as he had little to share. My friends have been such a blessing, too. Some of them even took in my siblings when we had no place to go. Some took care of my needs after college, they became family.

But what killed your folks?

My father was diagnosed with pancreatic cancer in 1990 and told he had 10 years to live. And that’s exactly what happened. We were all sure cancer was the culprit. Years later after I had qualified as a nurse. I bumped into my mom’s discharge summary only for me to discover they were HIV Positive.

How did that affect the choices that you made in life?

I took up a career in nursing and I have dedicated it to saving mothers and children. I do these work with all my might because I know life without a mother is hard. So if you bump into me down street in a hurry running to wherever, there’s a mother on my mind, there’s one I need to save. I work with Jhpiego, an international health NGO affiliated to the John Hopkins University that envision a world where women and their children live a healthy and fruitful life.

Who paid your fees?

My college fees was paid by a body called ACCESS that supports needy bright girls based in Kakamega. Later, I did pay for my degree and masters in public health. As for my brother, he got 100 per cent HELB loan (thanks to his former high school principal Christopher Khaemba) and also ran small businesses at Moi University to survive. I was, however, able to pay fees for my younger siblings.

There are thousands of kids orphaned by HIV/Aids. What is your message to them?

That being orphaned is not the end of life. Knock on doors, ask for help you will be amazed at how many people out there are willing to support orphaned and vulnerable children. And yes no one cooks better than your own mom so learn to appreciate “nasty” meals from acquired mothers!

What is your proudest moment in life?

When my little sister graduated with a Bachelor of Commerce, 2nd Class Upper Division. She was only eight years old when we became orphans. Imagine!

Hilarious Meme Compilation (Monday June 19) < Previous
The Trending Images This Monday Next >
Recommended stories you may like: