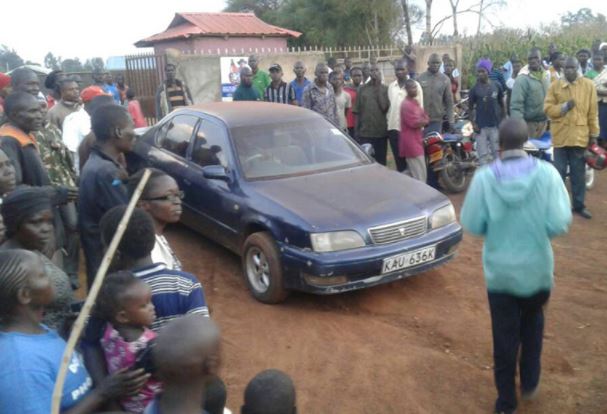 In a tragic incident, an eight-year-old boy died from suffocation in his mother’s car.

According to South Bukusu location chief, Julius Barasa, the incident occurred when the boy’s mother left him in the car and went to have s*x with her lover in a lodging facility in Mateka Market in Bungoma.

The mother, Christine Nekesa, is said to have left her son, Enos Simiyu, with a bottle of soda as she went to have some adult fun with her lover, identified as Juby Nganga.

After several hours of intimacy, Nekesa returned to where she had parked her car and discovered that her son had died.

Simiyu is believed to have suffocated as the car’s windows had been rolled up and it’s doors locked.

Bumula OCPD, Julius Muthini, said the randy couple was arrested and taken to Bumula Police Station before being transferred to Bungoma Police Station as investigations continue.