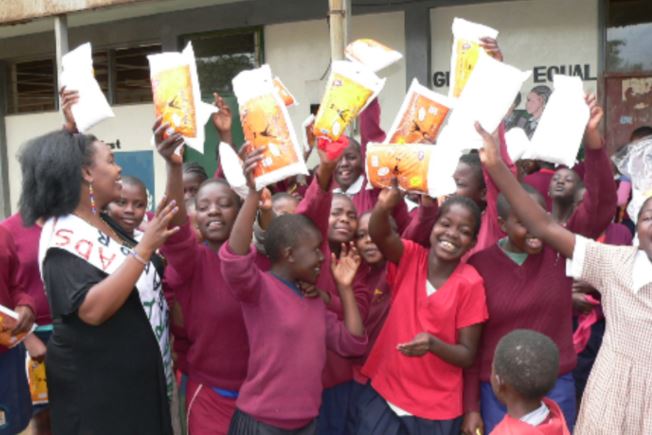 The Jubilee government is really pulling out all the stops in its bid to be re-elected in the August General Election. Over the last couple of months, the government has been unveiling goodies in a bid to woo voters, making you wonder how far Kenya would be if every year was an election year.

The most recent beneficiaries of the government’s charm offensive are Kenya’s schoolgirls who have reached puberty.

The Act was earlier amended by parliament to make it mandatory for the government to supply schoolgirls with the towels.

The law places the responsibility of providing free, sufficient and quality sanitary towels on the government in order to reduce the number of girls missing school during their menstrual cycle.

It also compels the government to provide a safe and environmentally sound mechanism for disposal of the sanitary towels.

The law is expected to minimize absenteeism and put schoolgirls at par with their male counterparts.

According to data from the Ministry of Education, a girl absent from school for four days in a month loses 13 learning days equivalent to two weeks of learning in every school term.

In a nine-month academic year, a girl loses six weeks of learning time.