BIZARRE!! How Swarm of Bees Forced Car Thief to Surrender to Police 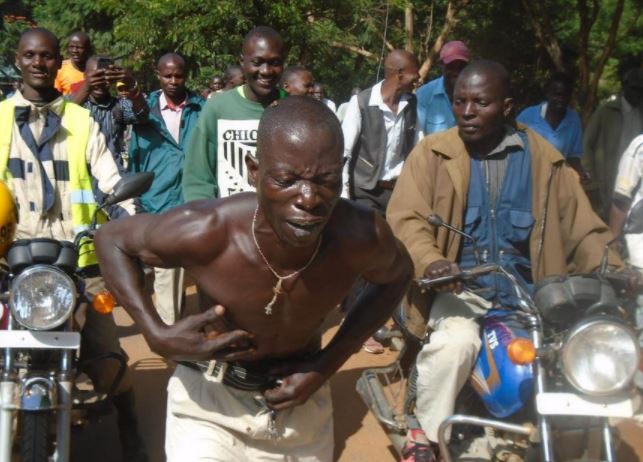 A bizarre incident in Bungoma on Monday led to the arrest of a suspected car thief after a swarm of bees forced the suspect to seek solace at a police station.

Francis Sikadigu, a Ugandan national, ran into the Bungoma police station with a swarm of bees hot on his heels, confessed, and kept running around the compound asking for assistance.

He told police that the bees appeared every time he drove the car that was stolen last Friday.

Interestingly, the bees did not sting anyone else during the incident that left area residents shocked and amused.

It was not until the car owner arrived at the police station with a traditional healer that the suspect was reprieved.

According to the Star, the healer made the bees go away moments after Mr Sikadigu ran to him and pleaded to be set free.

The owner of the vehicle, John Wafula, said that Sikadigu approached him on Friday evening and asked to hire five cars for five days.

“He told me he wanted [Toyota] Premio and [Toyota] Axio models only, claiming he had been approached by some clients … I told him that could be arranged as I have colleagues who could help him,”  said Wafula.

He said they met at a hotel in town to discuss the terms and agreed on a cost of Sh5,000 for each car per day.

However, things took a sour turn when Wafula stepped out to buy airtime to contact his colleagues and returned to drink his juice, only to end up in a hospital.

Wafula reported feeling dizzy and waking up in a hospital bed on Saturday morning with his car keys gone.

He then went to the traditional doctor who assured him that his car would be found in three days and the thief would be attacked by a swarm of bees.

“I decided to visit one of these traditional doctors who assured me the suspect will not leave Bungoma town,” he said.